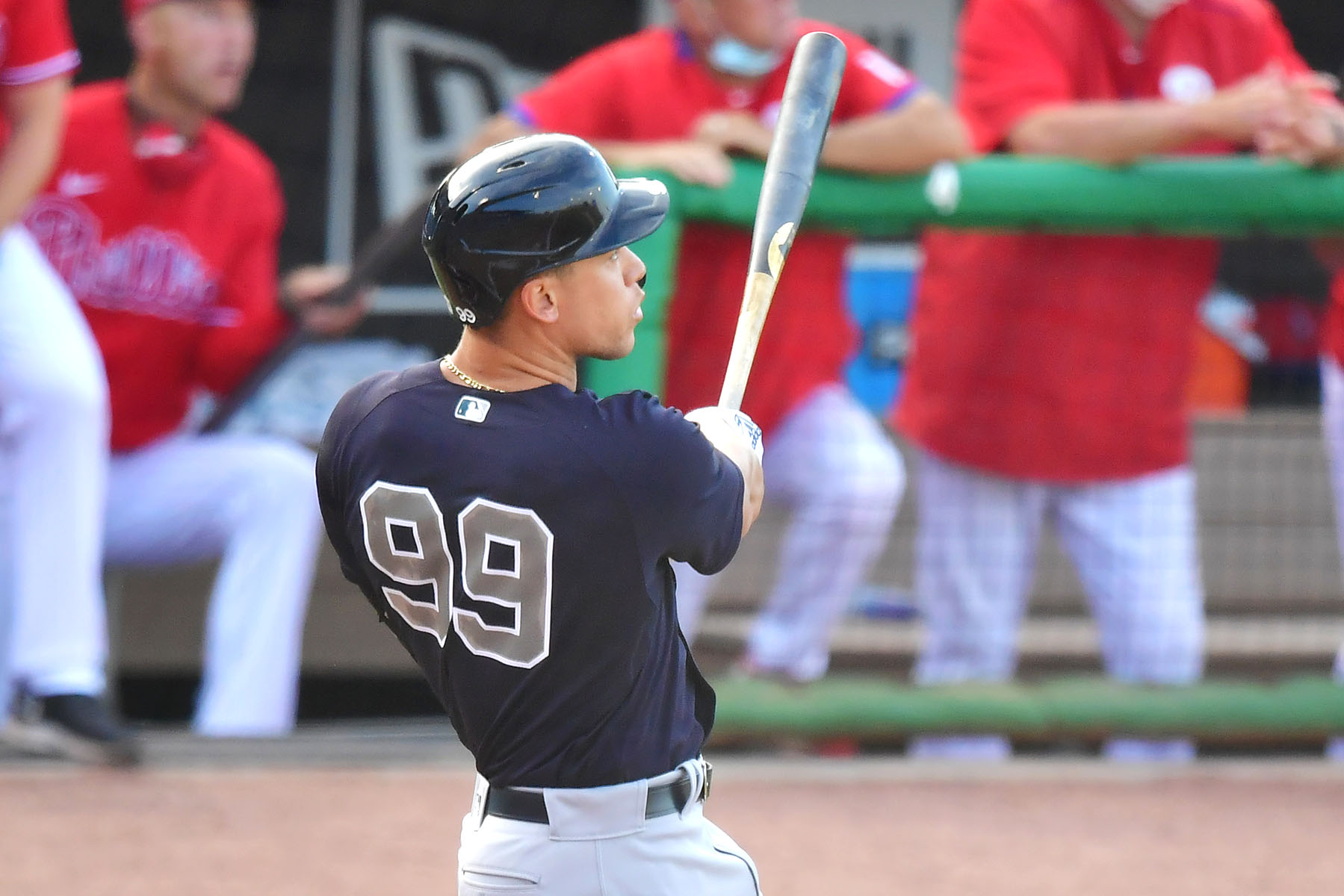 Observations from the Yankees’ 13-12 spring training loss to the Phillies on Thursday.

It took a while, but Aaron Judge got around to hitting his first home run of the spring with a first-inning shot that cleared the tiki bar in left against left-hander Matt Moore. Clint Frazier said Judge hit one over the batters’ eye at BayCare Ballpark during batting practice. “Being the guy that hits behind Aaron in batting practice is a hard act to follow.”

Michael King said he had “no feel” for his breaking pitches and it showed. The right-hander hit three batters and allowed seven runs in two innings during an outing that saw him get removed twice from innings. Spring training rules allow pitchers to re-enter games to build up their pitch counts.

Ex-Yankee Didi Gregorius made a fantastic sliding catch in not-too-shallow center on Giancarlo Stanton’s pop-up in the top of the first. Gregorius had a solid bounce-back season with the Phillies and Joe Girardi a year ago.

Gerrit Cole will get his final start of the spring when the Yankees host Baltimore at 6:35 p.m. at Steinbrenner Field.