The wife of the Asian man critically injured after being repeatedly kicked in the head by a stranger in East Harlem begged police Saturday to bring her husband’s attacker to justice — and make him “pay.”

Yao Pan Ma, 61, was collecting cans Friday to help the family make ends meet along Third Avenue and East 125th Street when a madman struck him from behind, knocked him to the ground and kicked him in the head at least six times — a horrific, caught-on-video attack that comes amid a surge of anti-Asian hate crimes.

“Please capture him as soon as possible and make him pay,” Ma’s wife of 31 years, Baozhen Chen, 57, told The Post in Mandarin through a translator, sobbing throughout the exclusive interview from the doorway of her modest East Harlem apartment.

A home attendant who takes care of elderly patients, Chen was at work and not expected back home until after the weekend when she got the terrible news from police, who on Saturday released a 12-second clip showing the worst of the savage attack.

“I was scared. I was crying,” she said. “I didn’t know what to do. Why? Why did they do this to my husband? Why did this happen? It was sudden. I didn’t expect this.”

The couple have two grown children, both married and living in China. Her husband used to work in a restaurant — helping the cook, washing dishes, but lost his job because of the pandemic.

That’s why he was collecting bottles and cans on a Friday night — to do whatever he could to help the family’s finances, his wife said.

“My husband is a hard-working man,” she said. “He picks up bottles to help pay the rent and the bills. He is innocent. He did not do anything wrong. He is a very kind person. He is quiet. He doesn’t cause trouble to make people mad.”

The suspect remains on the loose, and was last seen wearing a black jacket, black pants, white sneakers and a multi-colored baseball cap, police said.

The unprovoked attack came amid an increase in anti-Asian violence and is being probed as a hate crime, police said.

“I’m more cautious. I’m scared that someone would jump out and attack me like what they did to my husband,” she said. “I look around me.”

“I’m scared and paranoid. I don’t feel safe,” she said. “I’m afraid to walk on the streets when it’s dark. I go home before it gets dark. There are so many of these incidents happening. Now it’s close to home … It is so wrong that this happens and it’s not just one time.

“He didn’t do anything to deserve this.”

Ma remains in critical condition in a medically induced coma at Harlem Hospital, according to his wife and police sources. He suffered a cerebral contusion and facial fractures, the sources said.

“When I saw him in the hospital … his face, I cried. I still cry,” said Chen, who  called out her husband’s name during her Saturday morning visit, “asking if he could hear me.”

“He didn’t give me a response.”

The devoted wife said she’d be back by her husband’s side by the evening.

“I hope he wakes up and talks to me and gets better and comes home,” she said, her eyes weary from an endless stream of tears. “It’s really hard to believe … Too cruel.” 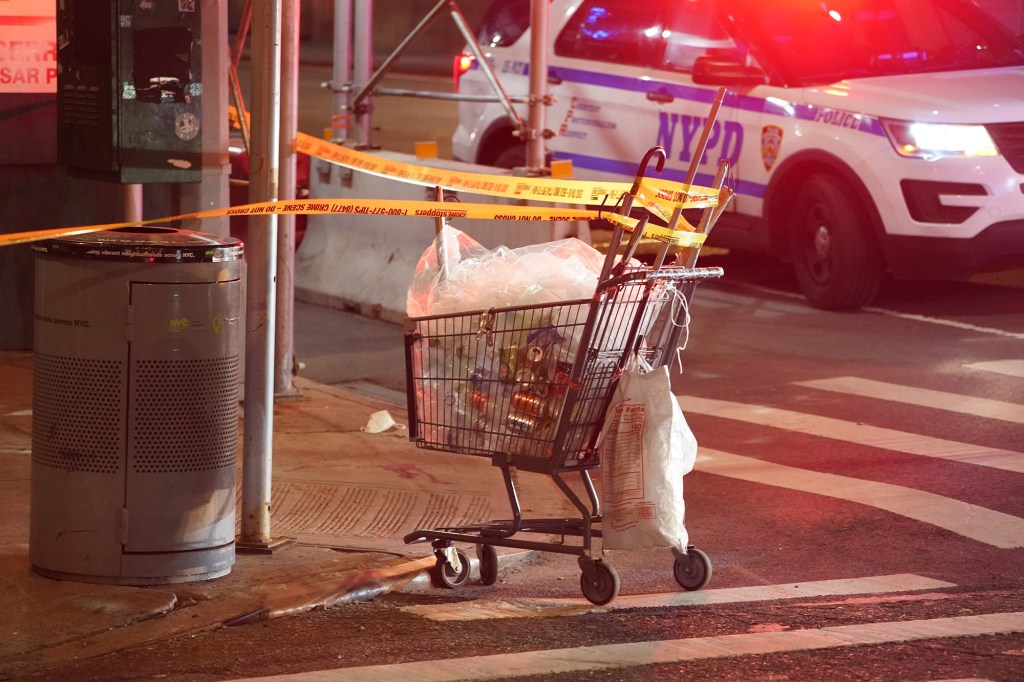 Yao Pan Ma was kicked in the head at least six times by his unknown attacker as he collected cans along Third Avenue and East 125th Street in East Harlem.

Articles are referenced from: https://nypost.com/2021/04/24/wife-of-asian-man-stomped-on-nyc-street-pleads-for-justice-2/