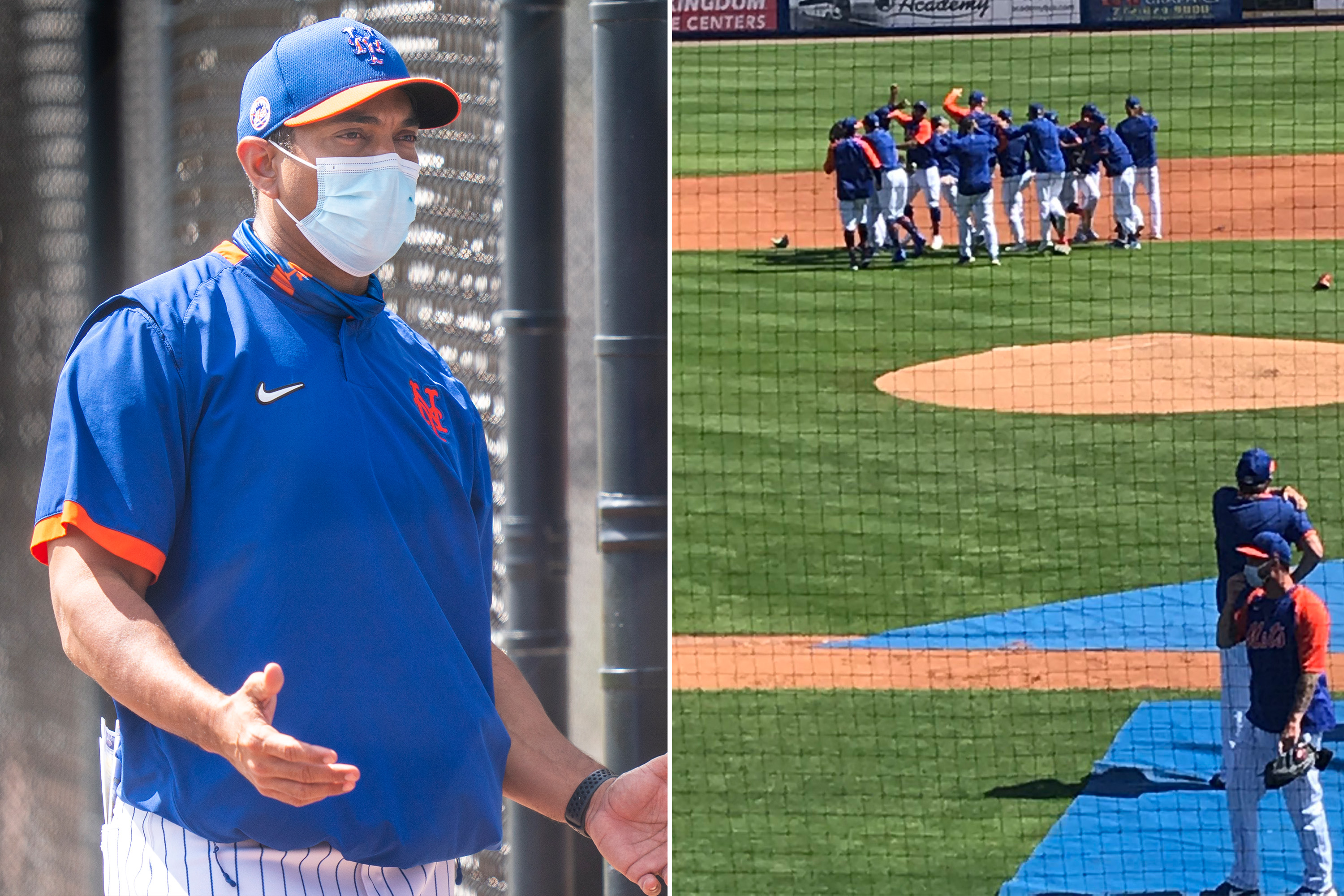 PORT ST. LUCIE – Spring training is about preparing for the season, but also the postseason?

The Mets ran a defensive drill Wednesday that concluded with Michael Conforto extending over the right-field fence for a phantom catch on an imaginary hit for the final out in Game 7 of the World Series. After the phantom catch, players celebrated on the field as if they had just won the championship.

“Fun times,” manager Luis Rojas said. “It was an exciting camp day and it was probably the best I have seen that drill done in my young coaching career.”

The goal of the drill, which involved coaches hitting fungo tosses at players, was to record 27 outs without committing an error. That feat was accomplished.

For the last out, outfield coach Tony Tarasco took a swing at home plate that sent an imaginary shot toward Conforto.

“I thought Michael did a good job running back there and simulating the catch and running back and everybody just met, it was like celebrating,” Rojas said.

“I have been here 15 years [in the organization], it would be a dream come true seeing it and watching everybody celebrate like that. But we are living the moment, living the day, and it’s fun to have a camp day like that and see the guys ramping up the intensity at game speed and also simulating what our biggest goal is for the season.”

The workout came on a day off from the Grapefruit League schedule during a spring training in which the Mets have struggled defensively.