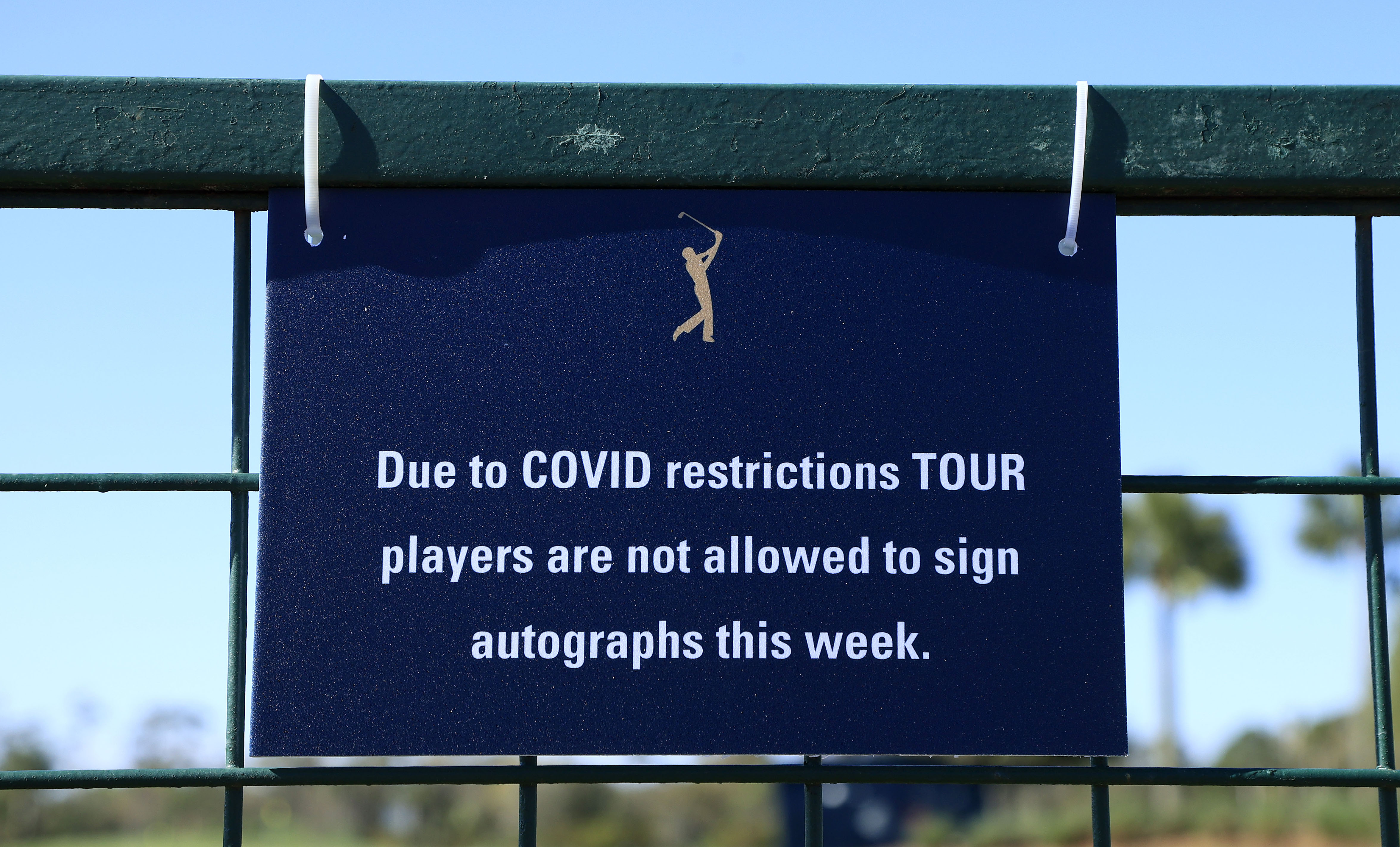 PONTE VEDRA BEACH, Fla. — We all remember where we were a year ago when COVID-19 spun the world off its axis.

In sports, it began with the NBA suspending its season after Rudy Gobert from the Utah Jazz tested positive for the virus. It wasn’t long after that when the PGA Tour followed suit, canceling the Players Championship after one round and then suspending its season — as all other sports would.

At that point, did anyone believe there would be any sports played for the rest of 2020?

What followed the pandemic shutdown in golf was a well thought out and brazen show of leadership on the part of PGA Tour commissioner Jay Monahan and the other governing bodies in the game that allowed it to be the sport to lead the rest of sports out of the darkness of COVID-19 and into at least some flickering light of normalcy.

Three months after shutting down, the PGA Tour restarted its season in June with the Charles Schwab Championship at Colonial while much of the country was still in lockdown. And it did so with a fair number of skeptical eyes watching.

There were nervous moments at the start, and those nerves became frayed at times as some positive cases began to emerge among some players.

But the PGA Tour powered on, stayed true to its protocols, and here we are this week, a year later: With the 2021 Players Championship set to begin with Thursday’s opening round at TPC Sawgrass with some 10,000 spectators per day permitted.

“Three hundred and sixty-two days ago, on March 13th, seems like a lifetime ago in many respects,’’ Monahan said Tuesday. “I sat with you [reporters] and discussed the cancelation of our flagship event here at TPC Sawgrass. As gut-wrenching as it was at the time for the Tour, our players, our fans and our community, it goes without saying that what we experienced that day would pale in comparison to what our world would experience in the coming days, weeks and months.

“That Friday morning, I had several parting thoughts, one of them being that, even though we had no clue what was to come, we would take what we were experiencing and turn it into a positive, something I feel our game does better than any other.’’

The game, helped along in part by Monahan, has done that.

Since the moment the PGA Tour restarted its season at Colonial, golf has felt like sports therapy, delivering at least a sliver of normalcy.

“After being on those calls, there was a lot of concern about whether we would be able to play golf in 2020 and beyond,’’ Jordan Spieth said.

“When the NBA suspended their season, that’s when things got pretty real — for me at least,’’ Keegan Bradley said. “Then I woke up on Friday morning getting ready to go play and the tournament had been canceled and it was pretty intense. I think the Tour’s done an incredible job getting us back out there.’’

Since Colonial, the PGA Tour has administered more than 8,600 COVID-19 tests and only 26 players have tested positive — a remarkably low percentage and testament to everyone involved following the protocols.

“When I look back, I give a lot of props to Jay Monahan for the work that he put in,’’ Spieth said. “It’s easier to see how good a leader is when you’re in tough times than when you’re in good times.’’

Charley Hoffman, who at the time was the president of the PGA Tour’s Players Advisory Council (PAC), said he remembered talking to Monahan on Thursday afternoon of the Players Championship last year “trying to figure out what we were going to do.’’

“I thought we might be able to finish that tournament,’’ Hoffman said. “At the end of the day, [Monahan] made absolutely the right decision by canceling the tournament. He’s made some very strategic moves through the pandemic and coming out of it, and I think golf’s in a better position now than it was a year ago.’’

Rory McIlroy, who recently was voted in as the new PAC president, said, “It’s felt like an incredibly slow 12 months, but at the same time it’s gone really fast. I can’t believe we’re back here already.’’

When the first group of players tee off to start the tournament early Thursday morning, Monahan will be at the first tee and it figures to be an emotional moment.

“I’m going to be proud,’’ Monahan said. “Most importantly to be back here a year later, proud of our players, proud of all the caddies, everybody that has worked so hard to get us back to this point in time.’’

It’ll be a moment and a place Monahan will never forget where he was for the rest of his life.