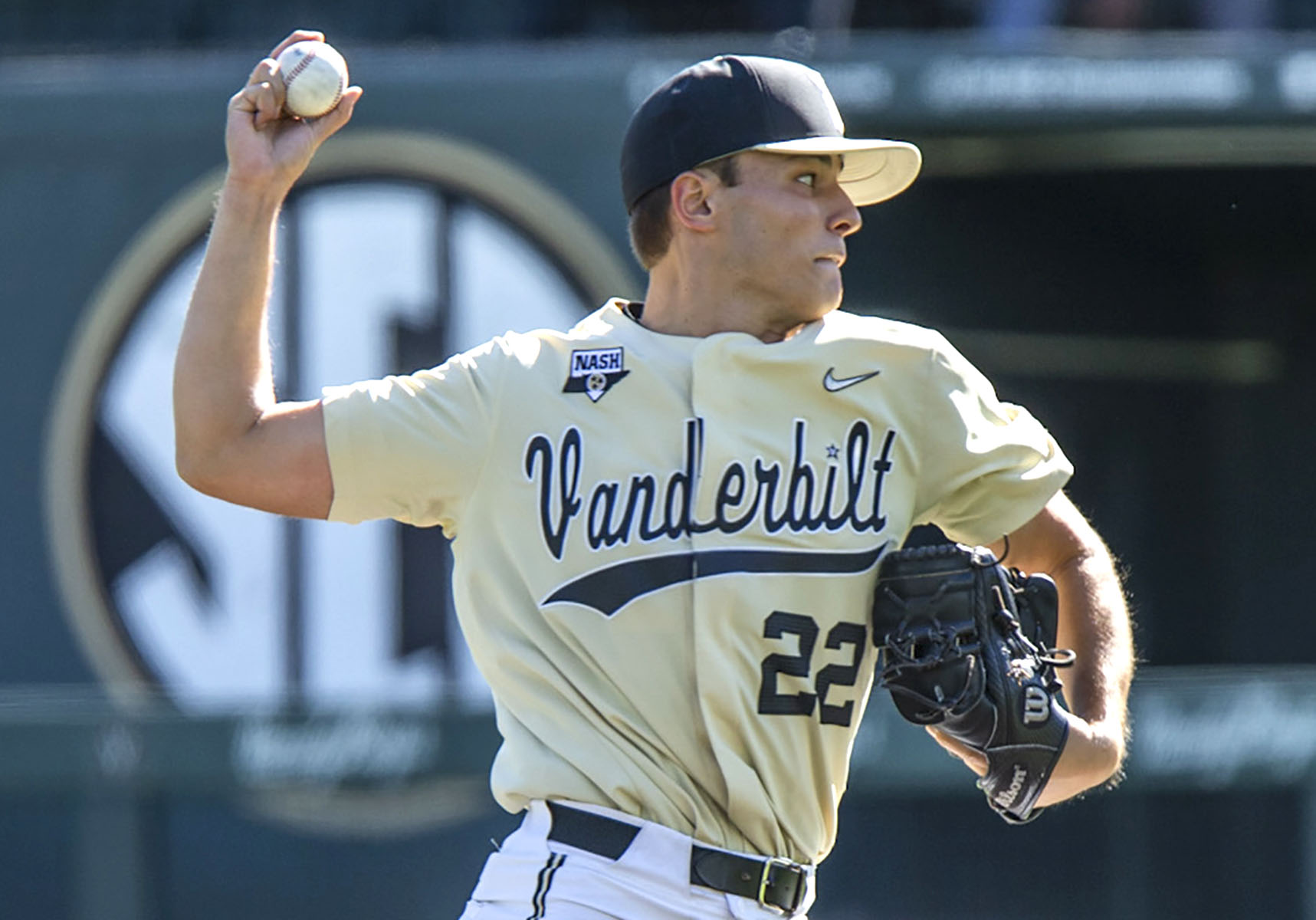 COLUMBIA, Mo. — Jack Leiter is making a habit of being stingy on the mound and spotless on the scoreboard.

The son of former big league pitcher Al Leiter is a favorite to go within the first few picks of the Major League Baseball draft in July, possibly No. 1 overall. The draft-eligible sophomore struck out 10 and walked two against Missouri. He hasn’t allowed a hit since giving up two in the fifth inning against Oklahoma State on March 13 — a span of 16 2/3 innings.

Leiter is 6-0 with a 0.25 ERA in six starts this season with 59 strikeouts and 13 walks in 36 innings. He has allowed just one earned run and seven hits.

The 20-year-old Leiter struck out 16 in the 5-0 win over South Carolina last week while retiring his final 27 batters after allowing a walk to lead off the game.

The Pittsburgh Pirates have the first pick in the draft this year, followed by the Texas Rangers, Detroit Tigers and Boston Red Sox.

Leiter’s teammate, Kumar Rocker, son of former NFL defensive lineman Tracy Rocker, also is in the running to be selected first overall. The junior righty improved to 6-0 with a 0.73 ERA after allowing two runs — one earned — and five hits with five strikeouts and two walks over six innings in a 10-2 win over Missouri on Thursday night.