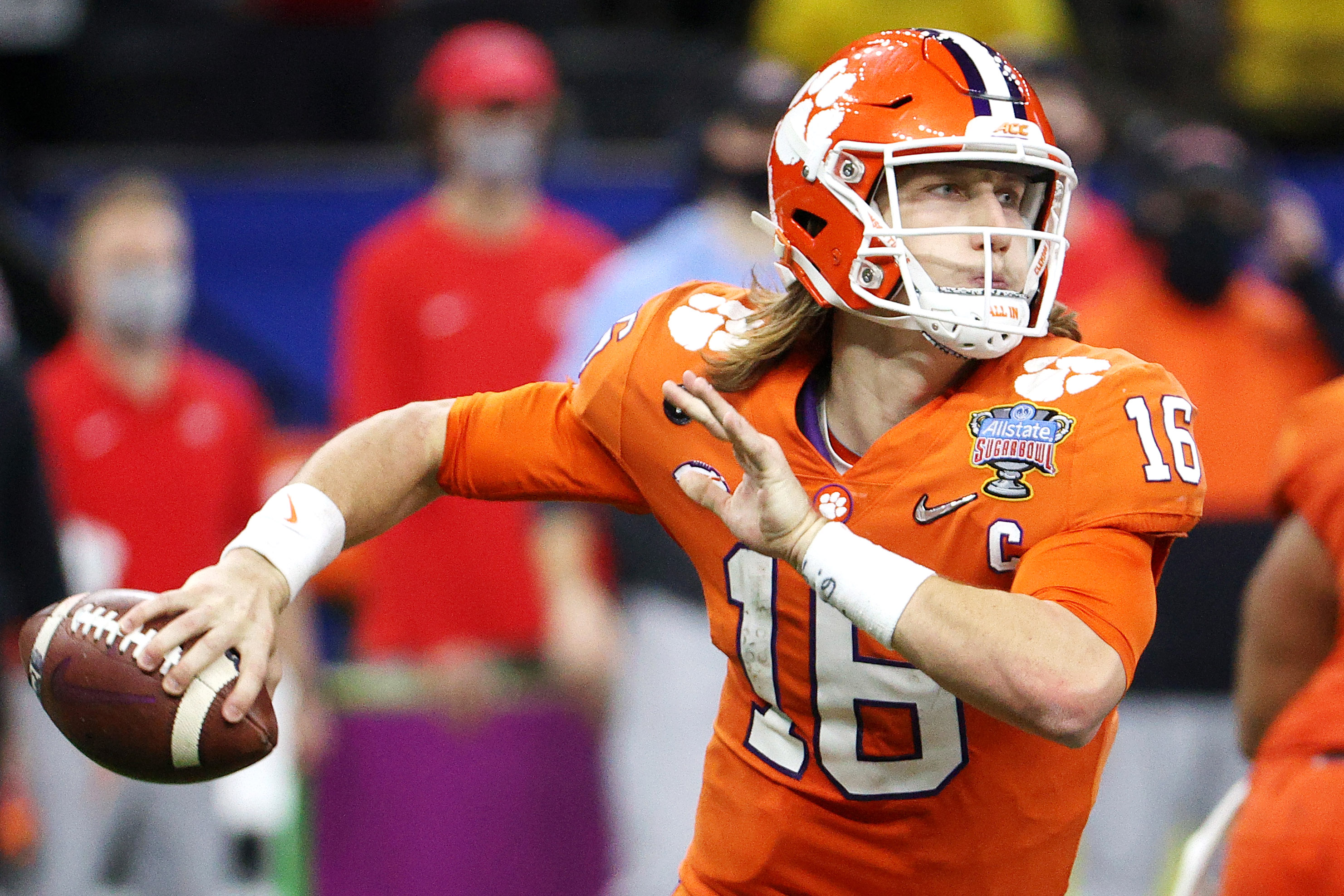 Former Clemson quarterback Trevor Lawrence, who is expected to be taken No. 1 overall by the Jacksonville Jaguars in the upcoming 2021 NFL Draft, has been outspoken on social media on several social issues. And the release of a rapper’s new shoes prompted Lawrence to once again speak his mind.

On Sunday, rapper Lil Nas X unveiled his Nike “Satan Shoes” in collaboration with MSCHF. The shoes are expected to contain 66 CCs of red ink and they will contain a drop of human blood mixed with ink in the sole of the shoe. There will only be 666 pairs made available.

“Line has to be drawn somewhere. Smh,” Lawrence wrote on Twitter.

Nike has been called into question since the shoes are Nike Air Max 97s.

A spokesperson told Snopes.com — a fact-checking website — in an email that “Nike did not release nor design these shoes.” MSCHF announced that the shoes were bought independently and customized by their own artists.

The shoes will be released on Monday at 11 a.m. ET.

Lawrence, on the other hand, is preparing for his NFL career.

He had successful surgery on his left shoulder in mid-February. Lawrence is expected to make a full recovery, and doctors say that he will 100 percent be ready for training camp, according to NFL Network.

Lawrence just wrapped up his junior season with Clemson. He finished with 3,153 passing yards to go along with 24 touchdowns and only five interceptions in 2020. The Tigers were undefeated with a 9-0 record with Lawrence under center. They made it to the College Football Playoff semifinals in a showdown against Ohio State, but the Buckeyes pulled out a 49-28 victory over Clemson, which put an end to Lawrence’s collegiate career.