Mayor Bill de Blasio’s plan to curb the surging gun violence in NYC is to try out the failed policing strategy from last year — but this time, with 100 fewer cops.

The NYPD will reassign 200 cops to areas where the Big Apple has seen the highest rates of gun violence as part of their annual Summer All Out program, the mayor said Tuesday.

NYPD Chief of Department Rodney Harrison said the “bulk” of those cops would be moved to East New York and Brownsville, which have seen gun violence upticks of 67% and 88%, respectively.

He also noted Bronx neighborhoods, Mott Haven, Highbridge and Crotona, would get some additional patrols.

But all of those areas were also a policing focus last year during the summer when the city saw a months-long surge in gun violence and assigned 300 cops to the “Summer All Out” initiative.

“We’re going to make sure that the officers are where we need them to be and we’ll make adjustments constantly,” de Blasio said when asked about the similarities to last year’s plan, which failed to combat the surge in gunplay.

De Blasio chalked up 2020’s skyrocketing shooting totals to the effect the pandemic had on the city.

Yet, gunplay in New York City still continues the 2020 trend — outpacing the year prior each week. 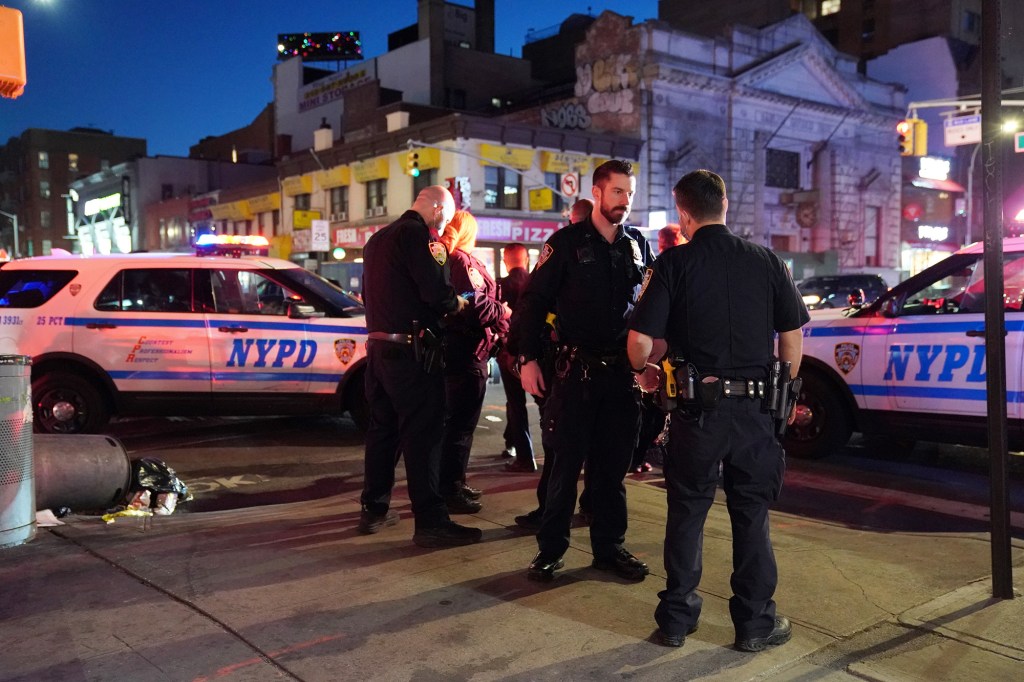 The NYPD tried all those strategies last year too.

The city will double its Cure Violence workforce and Summer Youth Anti-Violence employment slots, expand gang-free zones to parks and double the tip reward to $5,000.

Alleged NYC Capitol rioter wanted to be ‘where the action was’
Biden pushes DC statehood, which would likely give Dems two more Senate seats
Comment