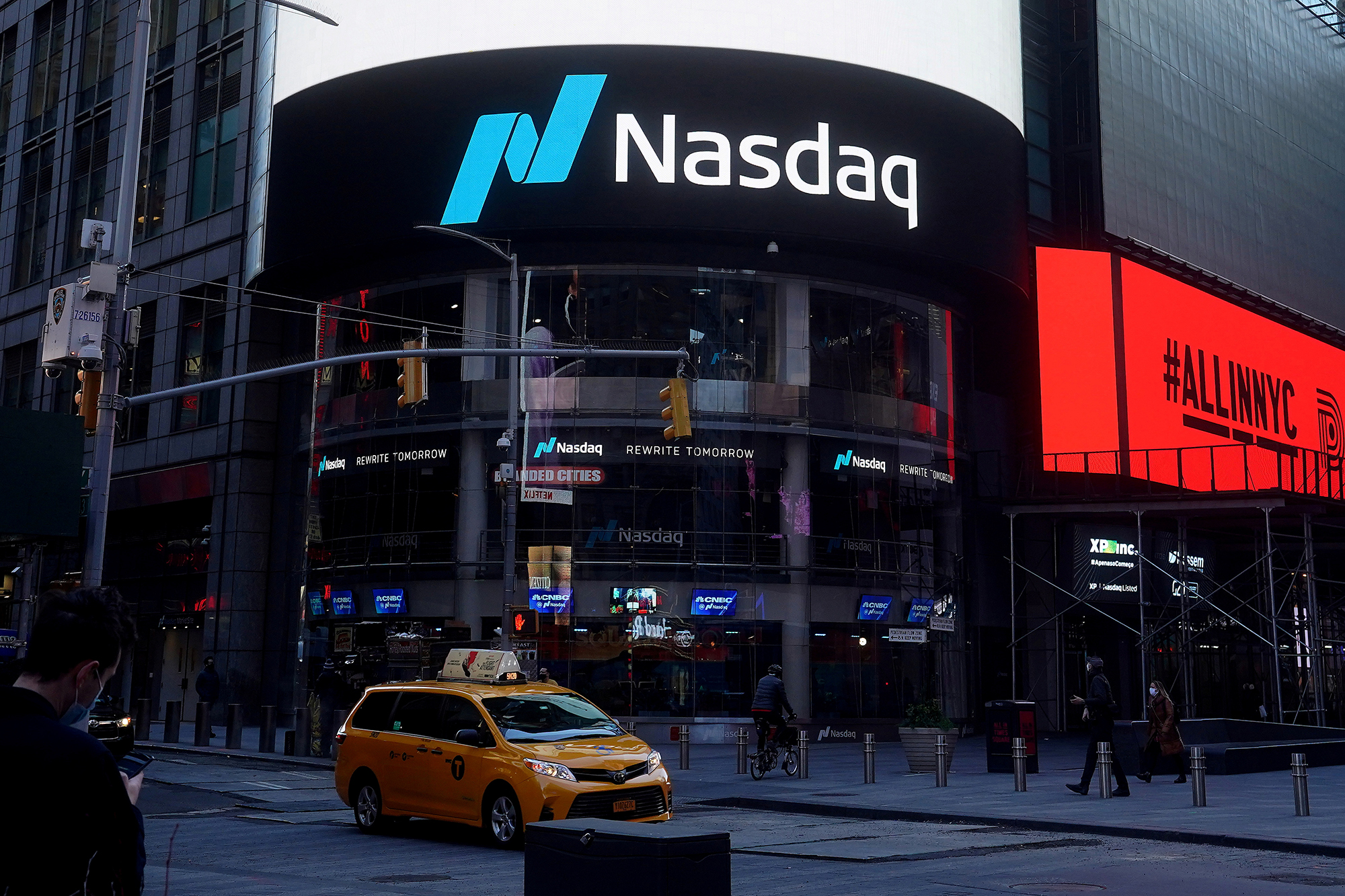 US stocks advanced on Tuesday, with the Nasdaq jumping over 3 percent to recoup its losses in the previous session as US bond yields retreated and investors picked up battered technology stocks.

Among the biggest boosts to the S&P 500 and the Nasdaq were Tesla, Apple, Amazon, Facebook and Microsoft, jumping between 2.4 percent and 7.2 percent after sharp losses in recent weeks as a rise in yields raised concerns over their high valuations.

Signs that a $1.9 trillion coronavirus relief package was closing in on final approval sparked a spike in yields on Monday, pushing the tech-heavy Nasdaq to end more than 10 percent below its Feb. 12 closing high that confirmed a correction.

US 10-year Treasury bond yields eased to 1.54 percent after hovering near 13-month highs of 1.613 percent in the prior session. Longer-dated yields have jumped over the last month as investors price in a faster-than-expected economic rebound and higher inflation.

Higher yields can weigh even more on tech and growth stocks with lofty valuations, as they threaten to erode the value of their longer-term cash flows.

“Tech stocks are overdue for some kind of bounce after the downfall they have had so far with most investor maintaining a positive outlook (on them) in the medium to longer term,” said Michael Sheldon, chief investment officer at RDM Financial in Westport, Connecticut.

“Potential headwind for the market is if interest rates rise further from this point over the short period … since they have risen too fast in too little time.”

The rise in yields has accelerated a rotation from “stay-at-home” winners to stocks primed to benefit from an economic reopening, helping the blue-chip Dow hit an intraday record high on Monday.

The global economic outlook has brightened as vaccine rollouts gain speed and the United States launches a massive new stimulus package, the Organisation for Economic Cooperation and Development said, hiking its 2021 growth forecasts.

The House of Representatives could approve the relief bill as early as Wednesday, with a vote allowing the Democratic president to sign the legislation into law later this week.

The bank index dropped 2 percent after vaulting to a new 14-year peak. Financials and energy sectors were in the red.

GameStop was up 18 percent, building on Monday’s rise of over 40 percent on the video retailer’s e-commerce strategy and speculation that small investors will pour stimulus checks into markets.