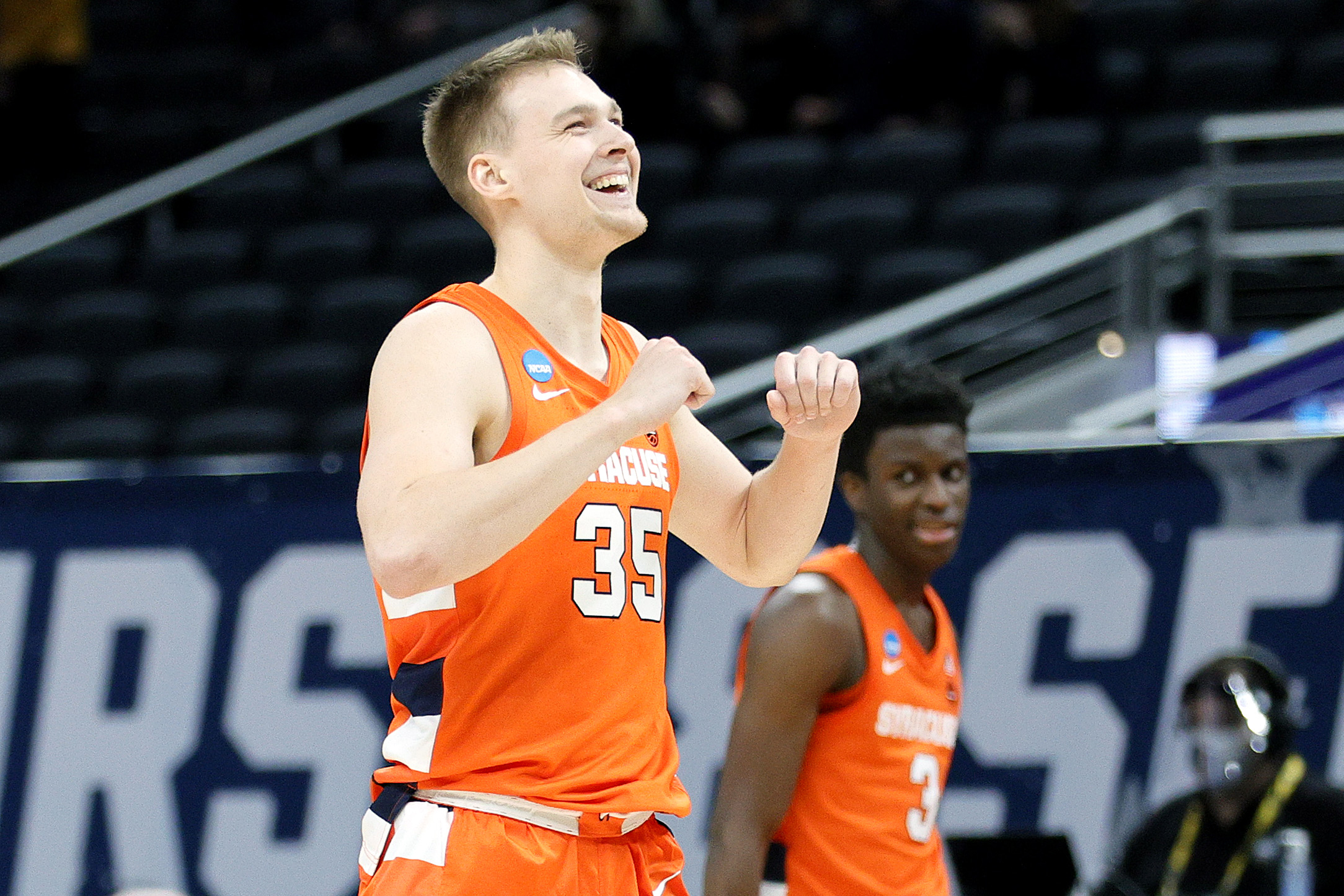 For the third time in the last five NCAA Tournaments, Syracuse has made the second week as a double-digit seed, and the Orange will look to keep their run going against Houston in the Sweet 16.

Despite not having particularly stifling size, Houston once again finds itself as one of the best rebounding teams in the country, ranking ninth in rebound rate while Syracuse is allowing opponents to rebound 36.9 percent of their misses when playing away from home, the third-worst mark among the 347 Division I teams that played this season.

Dejon Jarreau, Houston’s leader in assists, is dealing with an injury to his hip, but is expected to play through the ailment. Jarreau has played his best basketball away from Houston, registering 11.9 points while shooting 37.2 percent from 3-point range with a better assist-to-turnover ratio than at home for a Cougars bunch that is giving up 10.3 points per 100 possessions more in road and neutral-court games than at home.

Syracuse has been a unique case with its 3-point shooting. The Orange make 33.5 percent of their outside shots at home while knocking down 37.1 percent of them in road and neutral-court games and are scoring more points per possession away from home than at the Carrier Dome.

Houston also fouls on 27.7 percent of its possessions, which ranks 324th in the country. Because Syracuse ranks 16th in the country in free-throw shooting percentage at 78.2, the Orange have the goods to hang within the number and a puncher’s chance make it back to the Elite Eight.