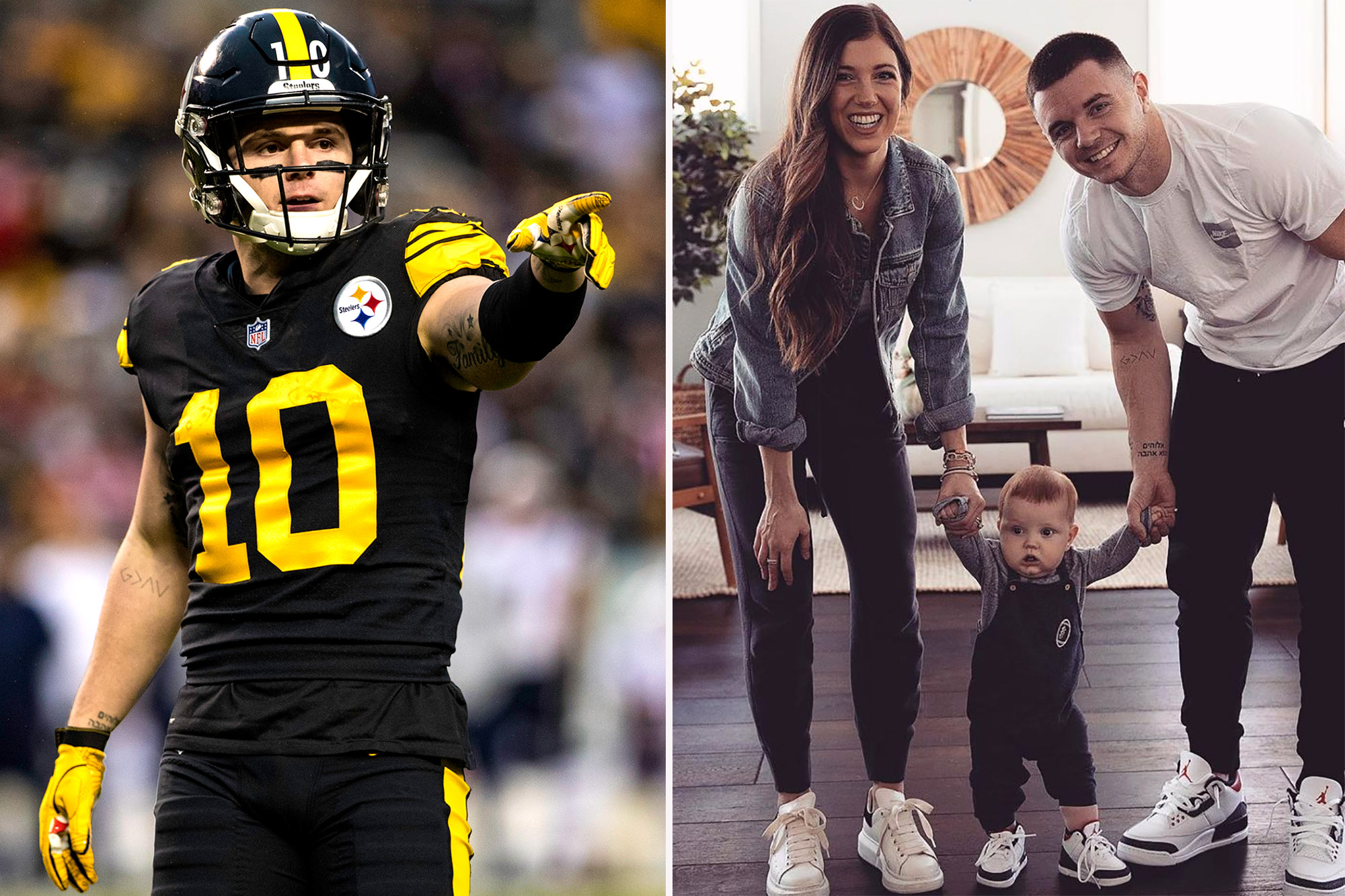 Switzer provided an update Wednesday with a live video on his Instagram account from his son Christian’s hospital room at Levine Children’s Hospital in Charlotte, North Carolina. Switzer has been using social media to chronicle his son’s ordeal, and the young father became emotional several times while discussing what his child has endured the past few weeks.

Switzer held his son, and put the infant in his crib to play during the video.

Christian has undergone surgery and had several other invasive procedures to determine why he’s had two serious episodes of major bleeding. He’s needed transfusions after his hemoglobin counts dropped to dangerous levels.

After consulting with experts at UPMC in Pittsburgh, the doctors at Levine decided that Christian should be “air lifted” to Boston, Switzer said. The boy will fly there with his mother, Gabie, and Switzer will soon join his family.

Switzer expressed the heartache of seeing so many other families in the hospital with sick children dealing with major medical issues.

Switzer, who spent two seasons with Pittsburgh, said recent scans have been negative but doctors told him there is a small portion of Christian’s small intestine they haven’t been able to view.

He said “major surgery” is a last resort.

Switzer thanked the public for the overwhelming support shown to his family, and asked for continued prayers to help Christian.