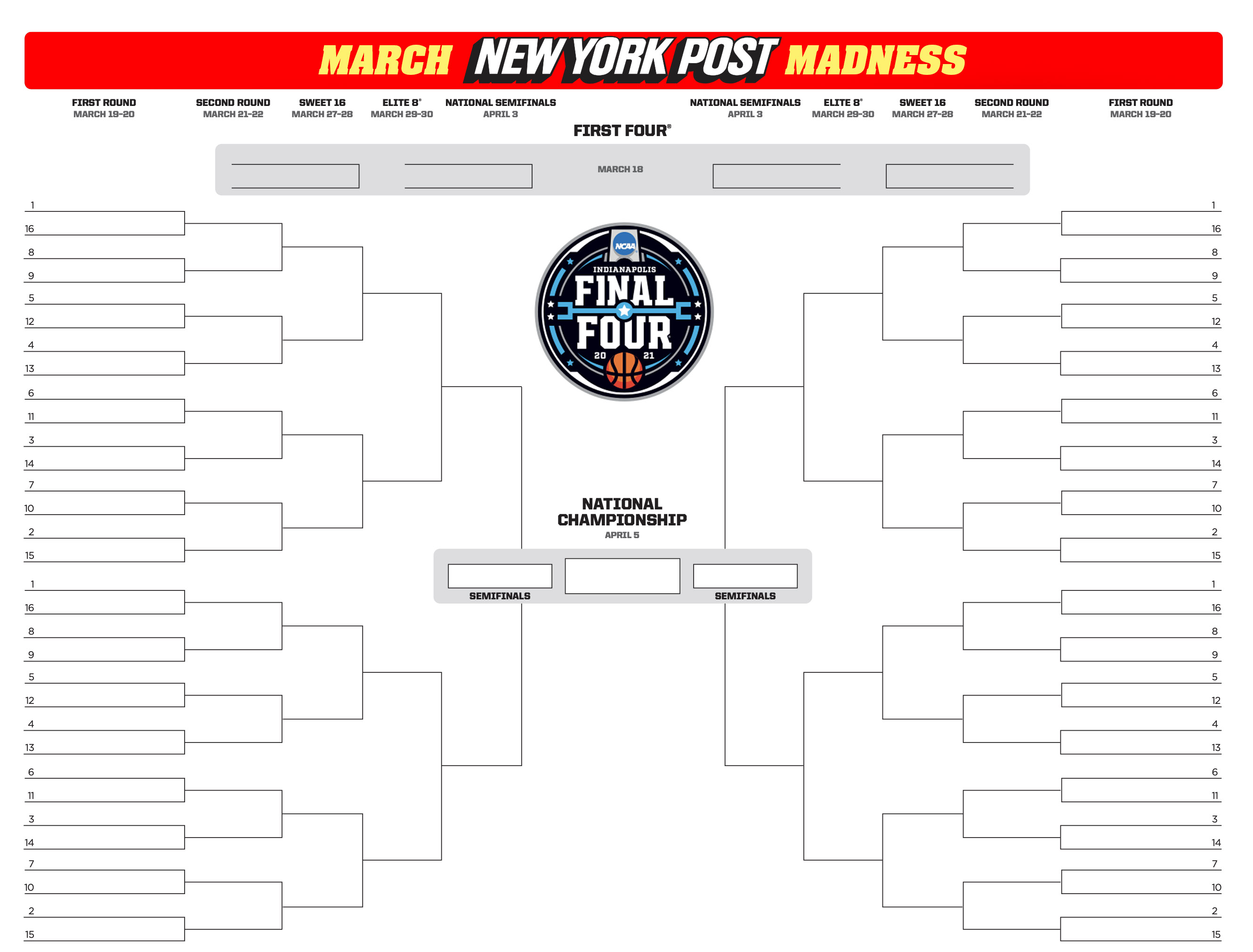 We made it to Selection Sunday; now get your pens ready.

After the NCAA Tournament was canceled last season due to the COVID-19 pandemic, the 2021 field of 68 will be set Sunday evening. You can print out the bracket below and fill out the teams as they are announced at 6 p.m.

Things won’t be exactly the same as in past seasons. Instead of being spread out around the country, the entire tournament will take place in Indianapolis.

Each of the 31 Division I conferences is guaranteed a bid to the NCAA Tournament. This number is down one from recent seasons with the Ivy League opting not to play. The rest of the bracket will be filled out with 37 at-large teams decided by the selection committee.

There will be four play-in games on Thursday, March 18. Two of those matchups will be made up of the last four at-large teams to be selected by the committee. The other two matchups will be between the teams deemed the worst of the automatic qualifiers.

The regular tournament begins Friday and there will be 16 first-round games played that day and on Saturday. The tournament was pushed back — the First Four is usually played Tuesday and Wednesday — for COVID-19 safety reasons.

Each team only needs five available players to remain in the tournament.