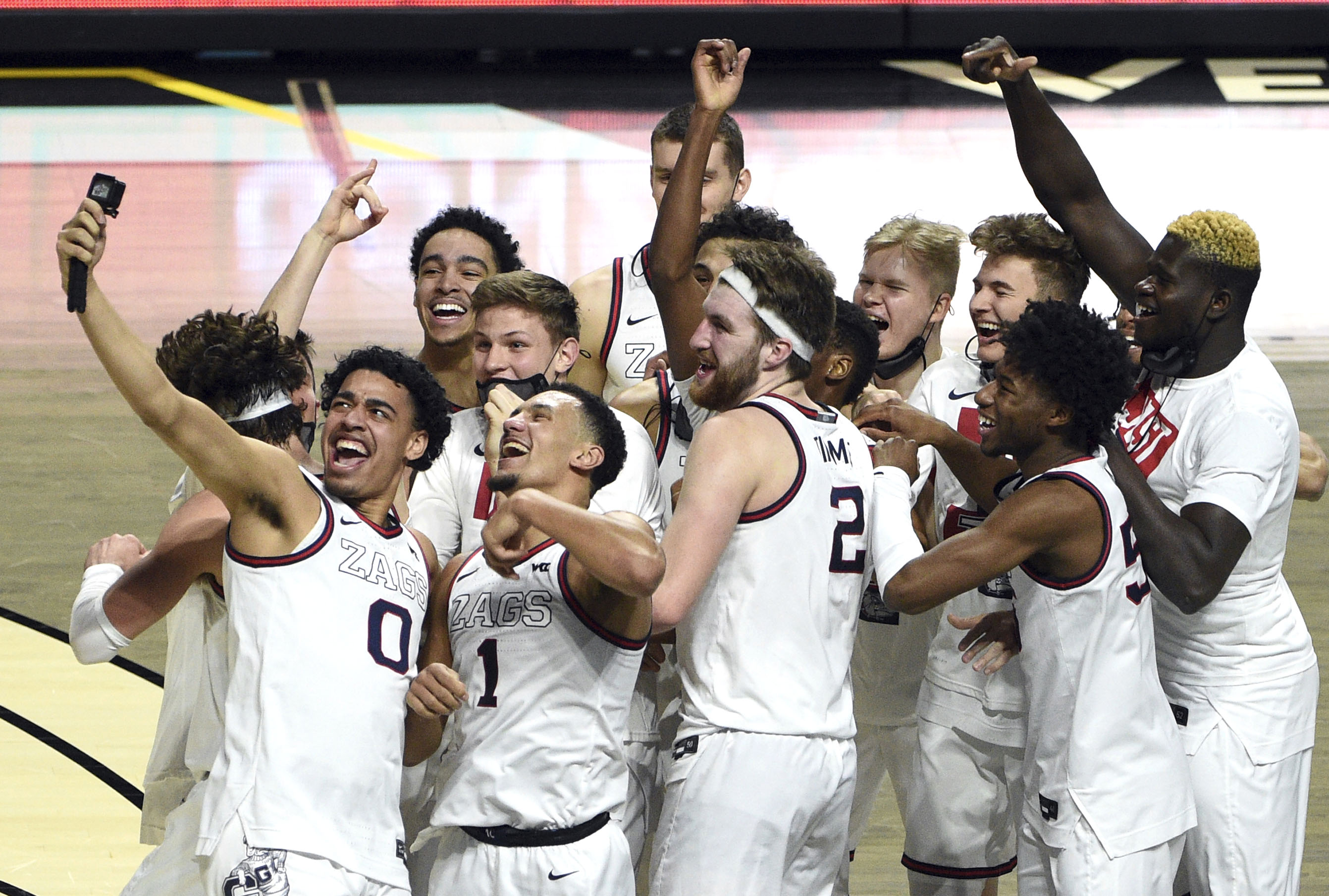 LAS VEGAS — Gonzaga was out of sorts for one of the few times this season, falling into its biggest halftime deficit in three years.

Corey Kispert got the Bulldogs back in it. Jalen Suggs finished it off.

The undefeated season is intact. The NCAA Tournament is next.

“We needed a game like that,” Gonzaga coach Mark Few said. “We had some adversity and got punched in the face. We got together at halftime and the guys just stuck with the plan.”

The Bulldogs (26-0) had been unstoppable all season, winning all but one of their games by double digits as they advanced to the WCC title game for the 24th straight year.

The Cougars (20-6) made the lopsided losses list twice, but exposed Gonzaga’s lone weakness in the first half at Orleans Arena: its defense.

The Zags responded by locking down defensively and getting back to their efficient ways on offense.

Kispert hit three early 3-pointers and scored 14 of his 17 points in the second half. Suggs took charge down the stretch, hitting consecutive 3-pointers to put Gonzaga up by nine with 1:28 left.

“I’ve been dreaming of playing college basketball all my life,” Suggs said. “I was practicing on my Little Tikes hoop for these exact moments and for it to play out like this is crazy.”

Gonzaga has won a school-record 30 straight games over two seasons and will be the first team since Kentucky in 2015, and 16th overall, to enter the NCAA Tournament undefeated. The Zags won their eighth WCC title in nine years and 17th under Few.

“They’re really good,” BYU coach Mark Pope said. “They played a great game and competed the whole way. They do a terrific job.”

Gonzaga won the first meeting this season by 17 points, but the second was 82-71 — one of the closest games these Zags have played.

BYU’s best chance to win the third go-round was to outshoot the Zags.

“We couldn’t stop them,” Few said. “They had us on roller skates.”

Gonzaga looked like more the the nation’s No. 1 team to start the second half, getting out to BYU’s shooters and putting the ball in Kispert’s hands.

The preseason Associated Press All-American shot 1 of 6 in the first half, but made three 3s in the opening three minutes to pull Gonzaga with 55-52. It stayed close as the teams traded runs, then Suggs hit a 3-pointer with 2:20 left and another on Gonzaga’s next possession to make it 82-73.