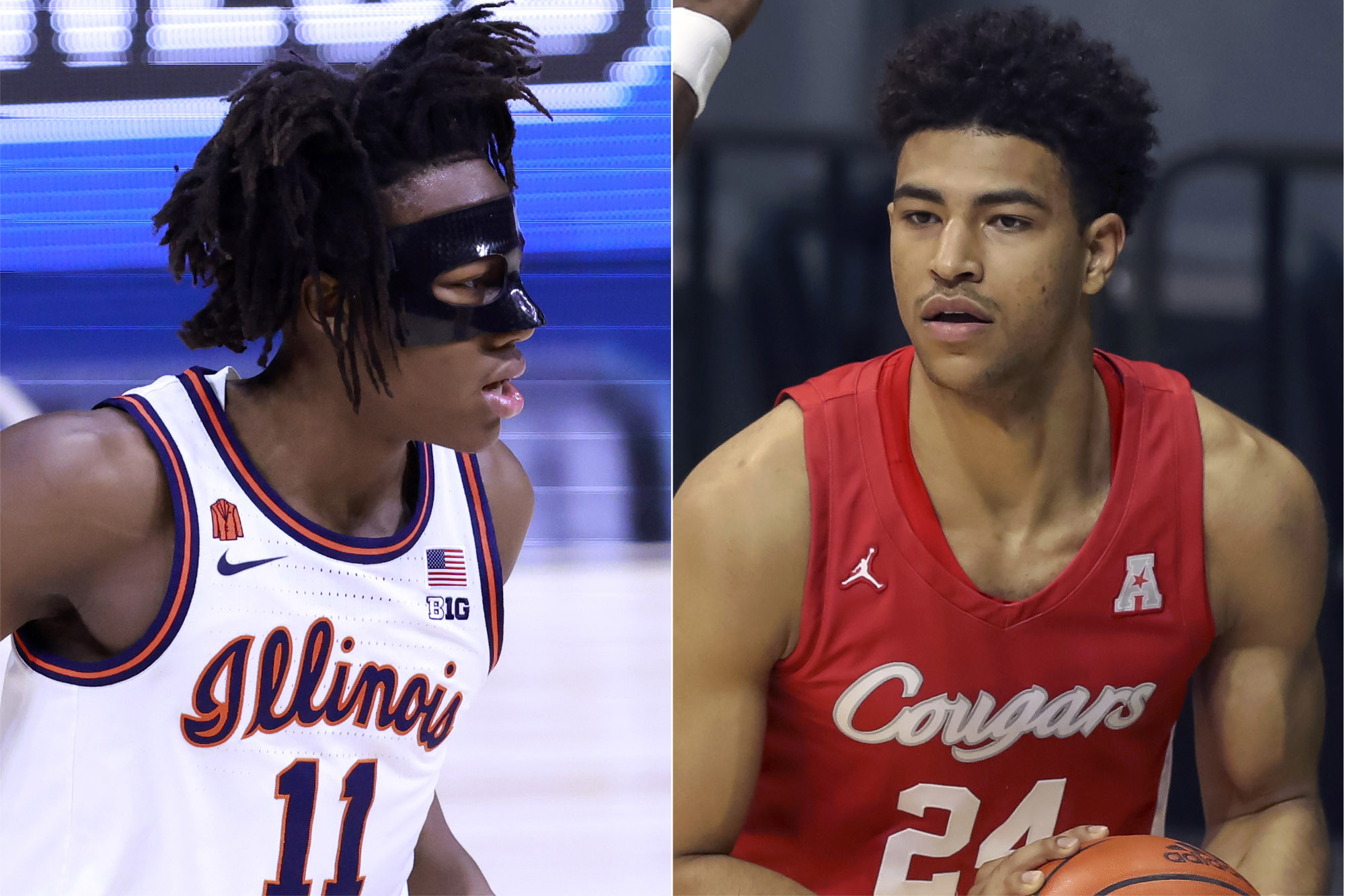 Here’s a look at the Midwest Region of the NCAA Tournament as March Madness gets set to tip off Thursday:

Post-ing up: In the NCAA Tournament for the first time in eight years, the Illini are planning to stay awhile. Between explosive lead guard Ayo Dosunmu, bruising big man Kofi Cockburn and a quality supporting cast, Illinois is capable of returning to the Final Four after a 16-year hiatus.

Post-ing up: In the NCAA Tournament for the first time since 1996 and with a winning record for the first time in seven years, everything from here on out is gravy for Drexel. The experienced core of Camren Wynter, James Butler and Zach Walton went on a big March run nobody could’ve expected from the sixth seed in the CAA Tournament.

Post-ing up: The Ramblers are in for the first time since their magical run to the Final Four in 2018, but will 101-year-old Sister Jean Dolores Schmidt — their fully vaccinated good-luck charm — be able to join them in Indy? Senior forward Cameron Krutwig — a freshman on the 2018 squad — leads the team with 15.0 points and 6.7 rebounds per game.

Post-ing up: The Yellow Jackets vaulted themselves off the bubble and into an improbable automatic bid with an eight-game winning streak to steal their first ACC Tournament title since 1993. Senior forward Moses Wright and senior guard Jose Alvarado of Christ the King High in Queens fueled the late run, leading to Georgia Tech’s first NCAA bid since 2010.

Post-ing up: Barnes makes his 25th career NCAA Tournament appearances with four schools, including three with the Volunteers, who finished 10-7 in the SEC this season. Freshman guard Jaden Springer led the team in scoring, and another first-year player, guard Keon Johnson, connected on nearly 45 percent of his 3-point attempts.

Post-ing up: It all came together in three stunning nights in Las Vegas. Consistently inconsistent all year, Oregon State found itself in the Pac-12 Tournament, beating NCAA teams UCLA, Oregon and Colorado on successive nights to punch an unlikely ticket to the Big Dance for the team picked to finish last in its conference.

Post-ing up: Casual hoop fans will get their first marquee look at freshman guard Cade Cunningham, widely projected as the top pick in the 2021 NBA Draft. The wunderkind paced the Cowboys with nearly 20 points per game, while shooting over 40 percent from 3-point range. They closed the regular season with wins against four ranked conference opponents and beat Baylor in the Big 12 Tournament.

Post-ing up: The Flames won’t be scared by a power-conference foe, having played Purdue and Missouri tough and beating South Carolina and Mississippi State. Liberty enters the tournament hot, winner of 12 straight games, and is an elite 3-point shooting team, ranked fifth in the nation at 39.1 percent.

Post-ing up: The Aztecs allowed the sixth-fewest points in the country at barely 60 per game, finishing with a 14-3 conference record one year after going 17-1 in MWC play and 30-2 overall before last year’s NCAA Tourney was scrapped. Two seniors — forward Matt Mitchell and guard Jordan Schakel — provide the bulk of the scoring.

Post-ing up: The Orange finished the regular season with five wins in their final seven games to go 9-7 in conference play, before reaching double digits with an opening-round ACC victory over North Carolina State to help their Big Dance bubble cause. The coach’s son, junior guard Buddy Boeheim, led the team in scoring this season.

Post-ing up: The Mountaineers posted 11 regular-season wins to finish third in the minefield Big 12, led by sophomore point guard Miles McBride, junior center Derek Culver and senior shooting guard Taz Sherman. Huggins’ teams have reached the tournament 10 times in his 14 seasons in Morgantown, only losing in the first round twice.

Post-ing up: Depth is important in March, and the Eagles have plenty of it, with six players averaging at least 6.9 points per game. In the tournament for the first time in a decade, Morehead State pulled off a big upset that last time out in 2011, upsetting Rick Pitino and fourth-seeded Louisville in the first round as a 13-seed.

Post-ing up: Losing to 13th-place Miami in their first game in the ACC Tournament didn’t hurt the Tigers, who closed the regular season with six out of seven wins to finish with a 10-6 conference record. Senior forward Aamir Simms leads the ACC’s lowest-scoring team (65.4 points per game) in all three of the traditional triple-double categories.

Post-ing up: For the first time in 30 years, Rutgers is in the NCAA Tournament. Take a bow, Coach Pikiell. This team is capable — it beat Purdue, Maryland Illinois, Syracuse and Michigan State — though it enters the tournament without a quality win in weeks. When shots fall, the defensive-stingy Scarlet Knights can play with anyone.

Post-ing up: Sampson has the Cougars dancing for the third time in four years, including a Sweet 16 appearance in 2019. Junior shooter Quentin Grimes was named co-Player of the Year in the conference with Wichita State’s Tyson Etienne. Freshman Tramon Mark kicked off March Madness with a buzzer-beating heave to defeat Memphis in the regular-season finale.

Post-ing up: After five straight 20-loss seasons, Gates engineered an unexpected turnaround in just his second year. He did it with old-fashioned development. His top players — Torrey Patton, Craig Beaudion and Tre Gomillion — improved and junior college transfer D’Moi Hodge made an immediate impact.

Tim Tebow set to get second NFL chance with Jaguars