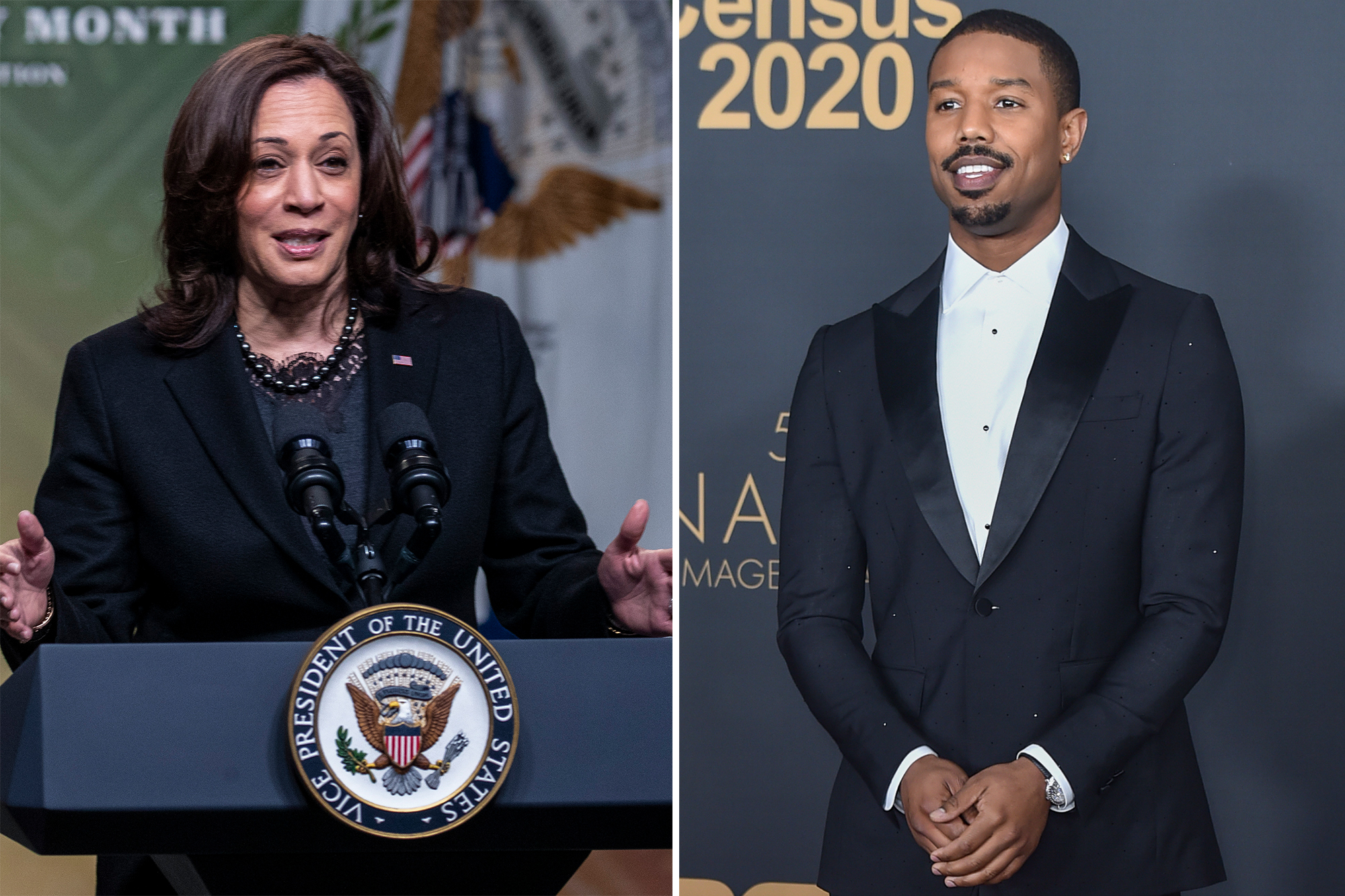 The NBA All-Star game will open Sunday with a “special conversation” between award-winning actor Michael B. Jordan and Vice President Kamala Harris.

The NBA teased the chat in a tweet early Sunday showing the pair smiling in two separate rooms, with Harris in front of an American flag.

Although details were not given on what they will discuss, Sunday’s game is generating $3 million for Historically Black Colleges and Universities (HBCUs) — and Harris is the first HBCU graduate in the White House.

The 56-year-old VP is a member of Alpha Kappa Alpha, one of the Divine Nine fraternities and sororities, groups that the NBA is also paying tribute to Sunday.

“Creed” star Jordan also praised HBCUs for helping to “shape me into the man I am today” when he launched the Hoop Dreams Classic last year in his hometown of Newark, NJ.

The 34-year-old actor called the tournament “a way to celebrate the value of community, education, and Black college experiences,” Forbes noted at the time.

The court was designed in collaboration from artists who attended HBCU schools, and Clark Atlanta University’s Philharmonic Society Choir will perform “Lift Every Voice and Sing,” commonly called the Black national anthem. Gladys Knight, a graduate of one of the nation’s oldest HBCUs in Shaw University, will sing “The Star-Spangled Banner.”

The refereeing crew of Tom Washington, Tony Brown and Courtney Kirkland all are HBCU graduates.

“We are here representing HBCUs and trying to shed light on their ability to dream and one day have the opportunity to follow in our footsteps,” Brown said. “So, this game is mainly about giving people hope and allowing them an opportunity to dream.”