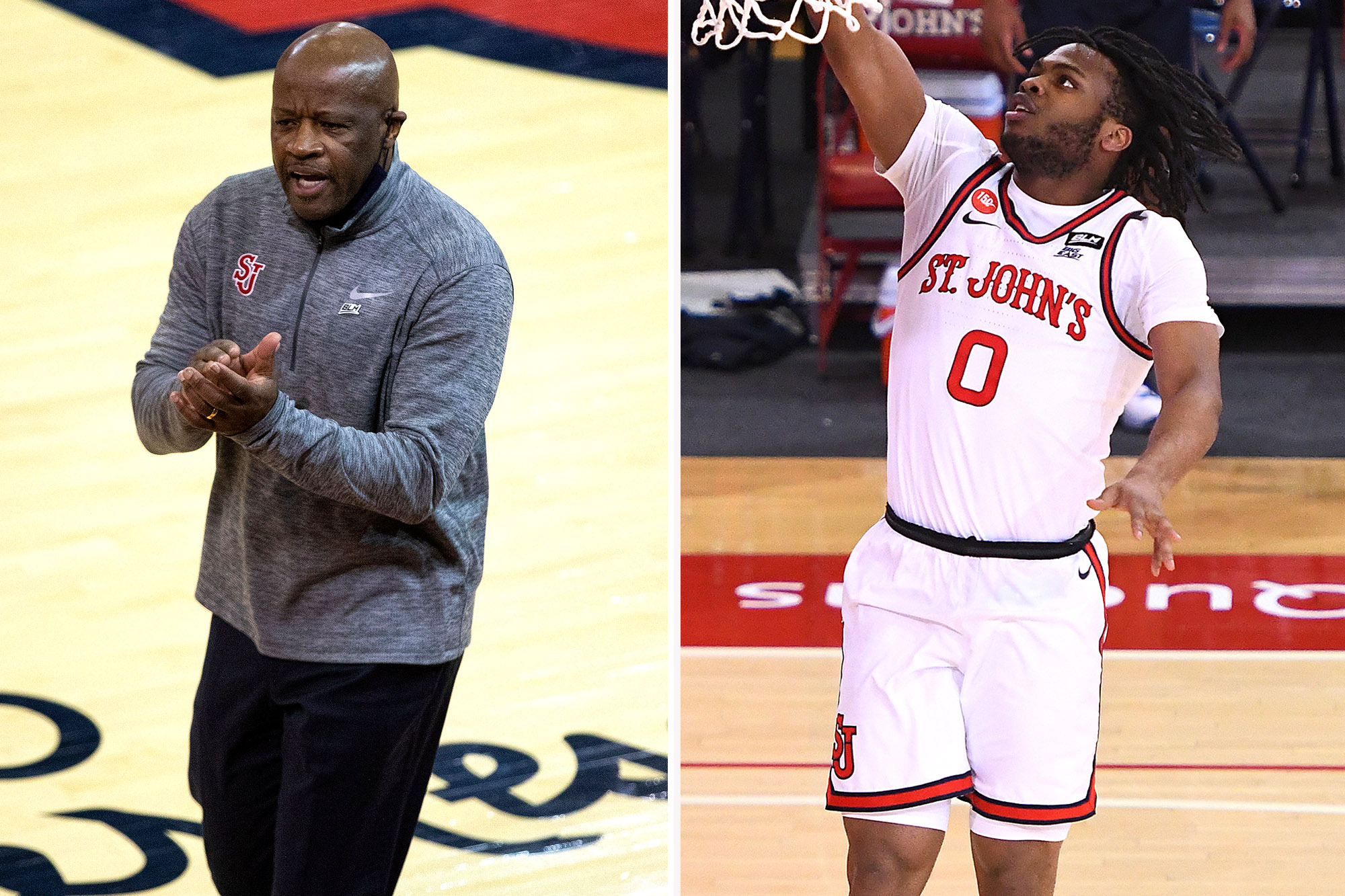 At the time of Mike Anderson’s hiring by St. John’s, there was some doubt he was the right fit. There was concern in some circles as to whether or not the veteran coach who had never held a job in the northeast would fit in New York City.

Two years later, those questions seemed to be answered. Anderson inherited a program in disarray and has provided stability, established an identity and created a winning culture in short order.

On Wednesday, Anderson became the first St. John’s coach to be selected as the Big East’s Coach of the Year since Brian Mahoney in 1993. And his star point guard, Posh Alexander, was named the league’s Freshman of the Year, after guiding St. John’s to a terrific second half of the season and first winning league mark in six years.

Anderson, who will notch a winning season for the 19th consecutive year as a head coach, came to Queens after being let go by Arkansas. St. John’s went through a number of different candidates after Chris Mullin stepped down before settling on the 61-year-old Anderson.

St. John’s went 17-14 last year and was playing its best basketball before COVID-19 shut down the Big East Tournament roughly one year ago. Leading scorer LJ Figueroa transferred to Oregon last spring, resulting in lowered expectations. St. John’s was picked to finish ninth in the Big East. The Johnnies overachieved, however, despite starting 1-5 in the league. They won nine of their final 12 games to finish in fourth place, defeating tournament teams Villanova and UConn along the way.

The 6-foot Alexander figured in that run prominently, keying Anderson’s pressure defense. Once he began getting aggressive on the offensive end, St. John’s started to pick up steam, winning six straight games at one point. Alexander, who has missed the past two games with a sprained thumb but is making progress towards a return on Thursday at the Big East Tournament, finished the regular season second on the team in scoring (11.1), first in assists (4.4) and first in the conference in steals (2.6).

Alexander is the first St. John’s Freshman of the Year since JaKarr Sampson in 2013, and the fourth Johnnie to ever earn the honor.

Seton Hall’s Sandro Mamukelasvhili was picked by the Big East coaches as a tri-Player of the Year, along with Connecticut guard James Bouknight and Villanova guard Collin Gillespie. The 6-foot-11 Mamukelashvili is the second Seton Hall player in as many years to win the honor, following Myles Powell last year.

A senior, Mamukelasvhili averaged 17.8 points, 7.3 rebounds and 3.1 assists, and is one of five finalists for the Karl Malone Award as the nation’s top power forward. He is the fourth Pirate to be named Big East Player of the Year, following Powell, Terry Dehere (1993) and Dan Calandrillo (1982).