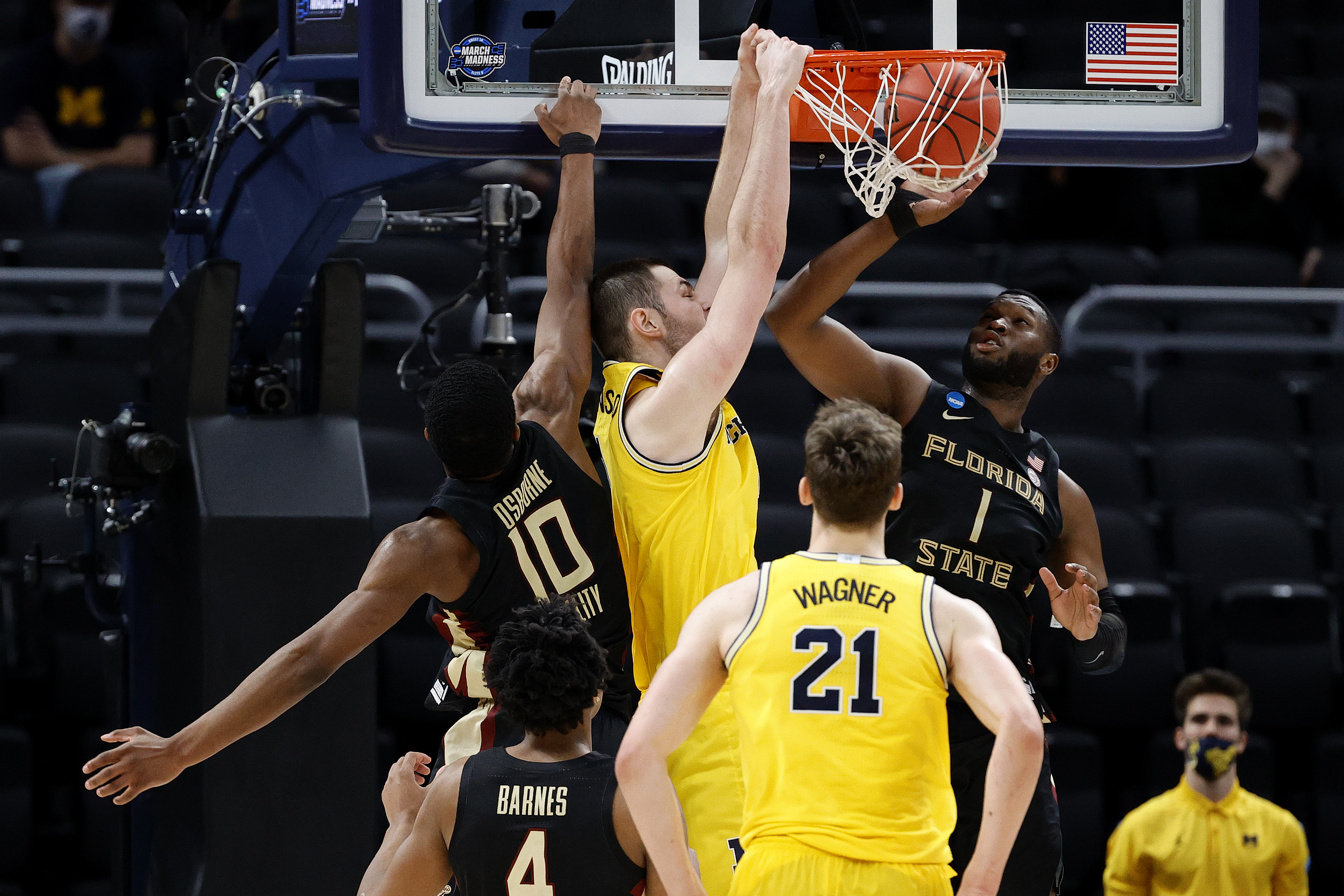 The talk of the first weekend were the upsets. Then the discussion flipped to Gonzaga and Baylor, the belief among most experts that it would be a shocker if the national championship game does not feature those two programs.

Michigan, however, would like a word. The Wolverines have faced stiffer competition through three rounds and haven’t broken a sweat. The top seed followed up its commanding second-round win over under-seeded LSU by waxing No. 4 Florida State, 76-58, in an East Region semifinal, advancing to its second Elite Eight in four years. It will meet the No. 2 Alabama/No. 11 UCLA winner in the regional final on Tuesday night in Indianapolis.

The absence of star forward Isaiah Livers (foot) has yet to be felt. In the second round, Eli Brooks and Chaundee Brown scored 21 points apiece. Sunday night, Brandon Johns took charge, notching 14 points, six rebounds and two steals, and Frantz Wagner had 13 points, 10 rebounds and five assists. Four Wolverines reached double figures. Seven scored at least six points. They flexed their depth, against the team known for theirs, holding Florida State to a season-low 58 points on 50 percent shooting. Michigan annihilated the long and athletic Seminoles in the paint, 48-24, with its swift and precise ball movement and interior passing that led to 19 assists on 29 made field goals, while turning 14 turnovers into 24 points.

There was hype for this showdown, billed as the best matchup of the Sweet 16. It fell well shy of expectations. Michigan owned the inside, locked down Florida State from the perimeter and was too balanced and defensively responsible for the scattershot Seminoles. Leonard Williams’ team looked like the group that closed the regular season poorly, taking quick and ill-advised shots, was out of sorts defensively and seemed to shoot itself in the foot whenever a big run looked to be starting.