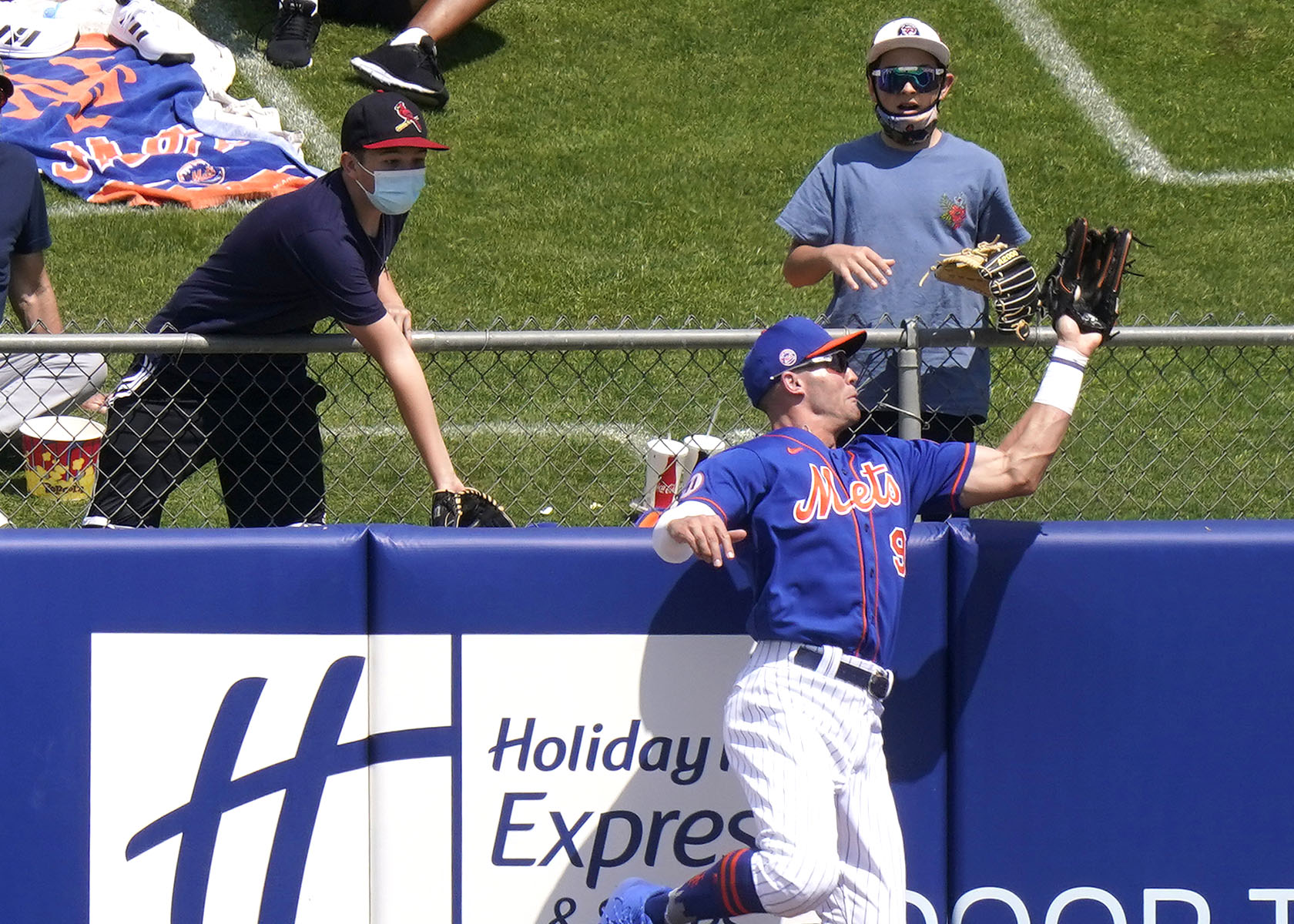 Observations for the Mets’ spring training game win over the Astros on Tuesday.

Dominic Smith hit his second homer of the spring, a three-run blast in the third inning against Nivaldo Rodriguez, in the Mets’ 8-3 exhibition victory over the Astros on Tuesday at Clover Park.

Jonathan Villar went hitless in a pinch-hitting appearance and is 3-for-19 (.158) in the Grapefruit League.

Kevin Pillar made a sliding catch in right field in the fourth inning behind Jacob deGrom, only moments after Brandon Nimmo reached above the fence to steal a possible homer.

Joey Lucchesi, who is competing for a rotation spot, is scheduled to pitch against the Marlins in Jupiter. Robert Gsellman and Jerry Blevins are among the other pitchers scheduled for the Mets.