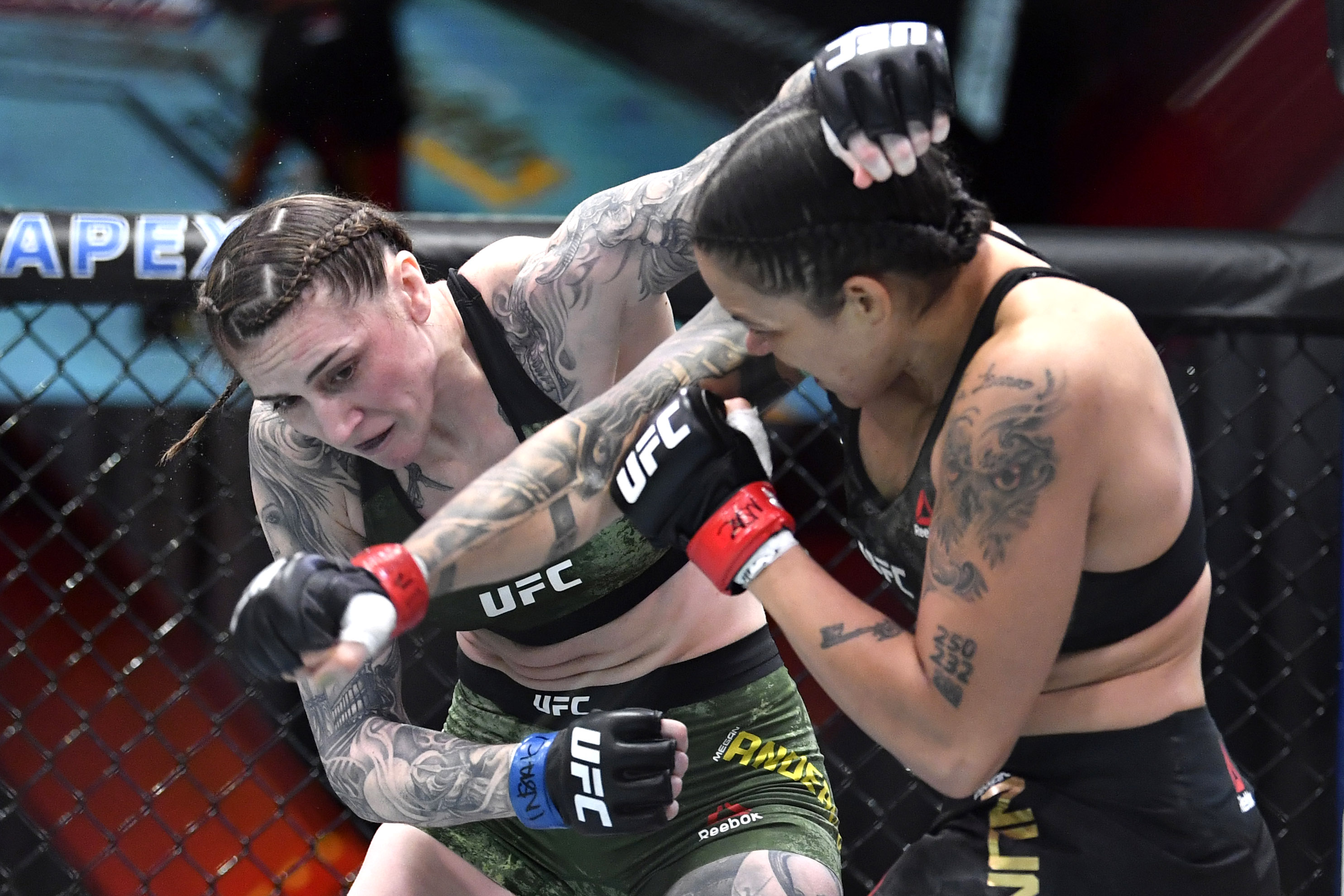 Megan Anderson is leaving the UFC, but the UFC says the featherweight division won’t go with her.

After a first-round loss to Amanda Nunes at UFC 259 on Saturday, fighting for the featherweight championship, Anderson said on a Twitch stream that she was done with the promotion — her contract was up, per MMA Fighting — and that the UFC planned to ditch her 145-pound division.

But UFC officials have since told ESPN that Anderson’s claim was not true. Nunes is the champion of both the UFC’s bantamweight and featherweight divisions.

Nunes became the new featherweight champ in 2018, making her the first female to own championship titles in multiple divisions at the same time.

Anderson — who was the target of “disgusting” sexual comments from male UFC fighter Casey Kenney in the lead-up to UFC 259 — joined UFC in 2017 as the reigning Invicta FC featherweight champion, but finishes her UFC career with a 3-3 record.