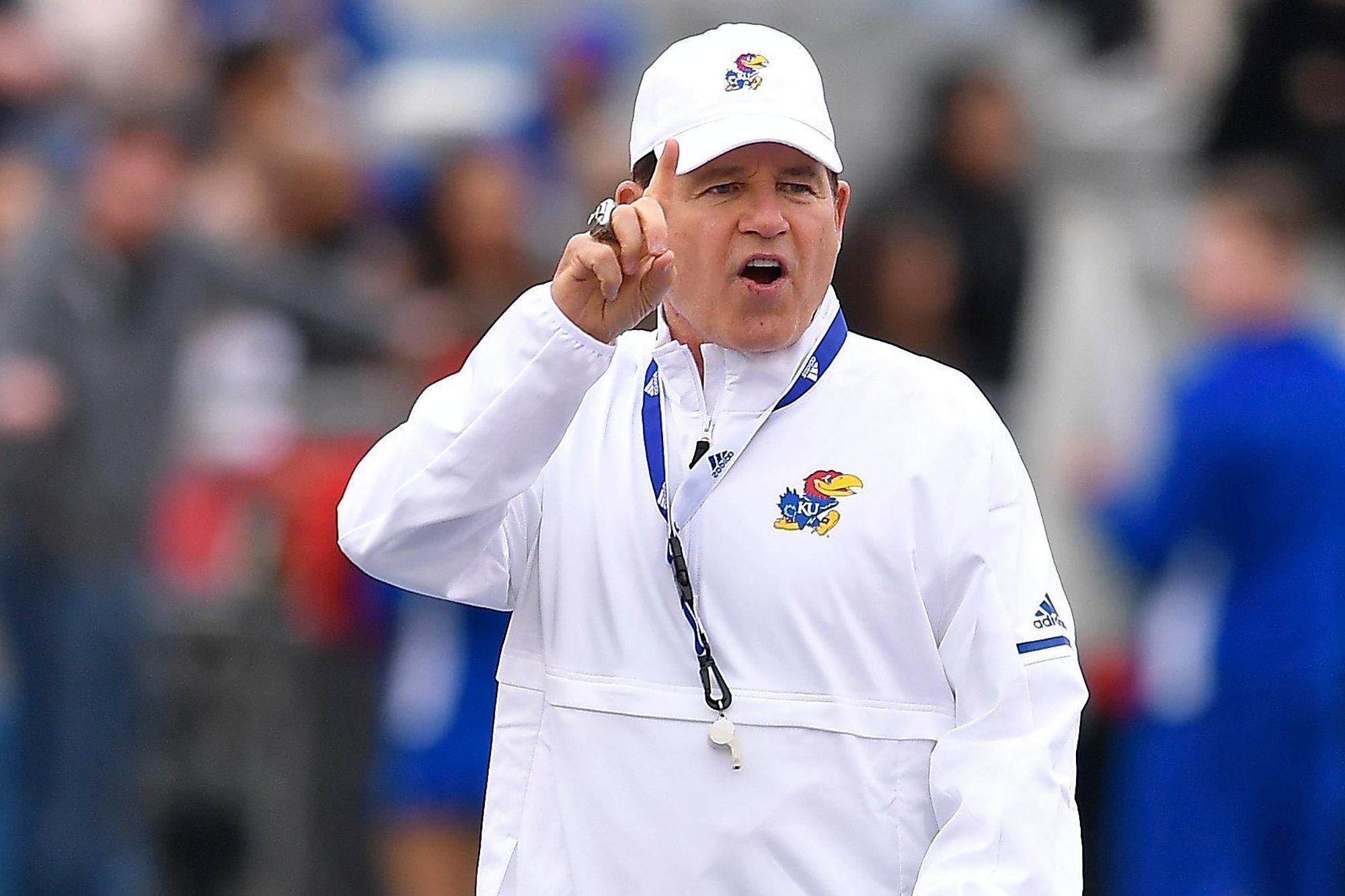 Les Miles lost his job as the head football coach at Kansas on Monday, after sexual harassment allegations from his time at LSU came to light last week.

The Jayhawks announced they mutually agreed to part ways with Miles after two seasons with a 3-18 record late Monday night. He had been placed on administrative leave Friday as Kansas took time to review the information in two reports commissioned by LSU in 2013.

“I am extremely disappointed for our university, fans and everyone involved with our football program,” Jeff Long, the school’s athletic director Jeff Long said in a statement. “There is a lot of young talent on this football team, and I have no doubt we will identify the right individual to lead the program. We will begin the search for a new head coach immediately with an outside firm to assist in this process. We need to win football games, and that is exactly what we’re going to do.”

An investigation commissioned by LSU that was made public last week said Miles, the school’s head football coach from 2005-16, was accused of texting female students, making them feel uncomfortable, being alone with them in his condo, and once kissing a student in his car along with suggesting she accompany him to a hotel after saying he could help her career.

The 67-year-old Miles denied kissing the girl, but admitted to driving alone with her, according to the report. He has said he was only mentoring the school’s young women. Miles coached the Tigers until he was fired after a 2-2 start to the 2016 season, but Joe Avella — LSU’s former athletic director — recommended in 2013 that Miles be fired. Miles is again looking for a job.

“This is certainly a difficult day for me and for my family,” Miles said in a statement. “I love this university and the young men in our football program. I have truly enjoyed being the head coach at KU and know that it is in a better place now than when I arrived. To our student-athletes, I want you to remember that you came to play for KU and earn a degree here. So, I implore you to stay and build on what we started and do all of the things we talked about doing together. There is a bright future for all of you and for KU Football.”

Miles’ lawyer, Peter Ginsberg, spoke out on Sunday against Kansas’ decision to place his client on administrative leave and ripped LSU’s response to the sexual harassment claims.

“Before the release of the reports this week, Kansas had been provided with significant information supporting Taylor Porter’s conclusions,” Ginsberg said Saturday in a statement, according to USA Today. “KU also had performed thorough due diligence before hiring Coach Miles.

“Kansas’ decision to put Les Miles on administrative leave is both disturbing and unfair. To fail to recognize that a person’s career should not be compromised by unsubstantiated allegations hardly is consistent with the example an institution of higher learning should champion.”

How Leon Rose rebuilt the Knicks: An inside look
NBA taking notice of Steve Nash’s coaching strides with Nets
Comment