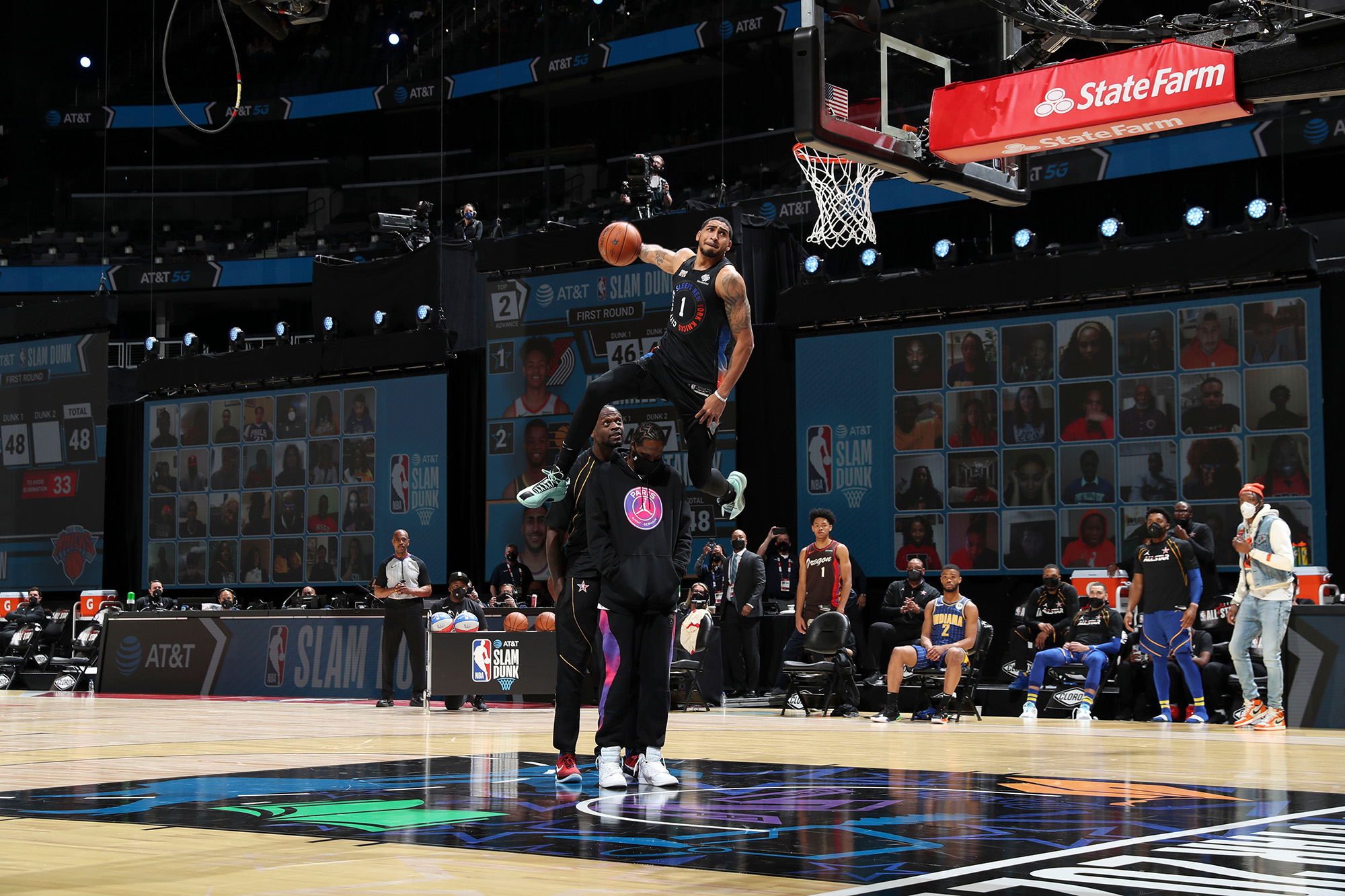 Obi Toppin hopped over teammate Julius Randle and his father Obadiah Toppin for a windmill dunk but lost a razor-close decision to Anfernee Simons in the Slam Dunk Contest on Sunday at the NBA All-Star Game in Atlanta.

The Knicks rookie finished runner-up as Simons, th Trail Blazers guard, won on the judges’ cards, 3-2, on his final dunk.

Toppin’s final dunk was a sprint to the bucket, leaping in the air from just inside the foul line as he put the ball between his legs and slammed it down. “Air Obi’’ didn’t seem to get enough lift, however.

Simons countered with a “kiss dunk’’ as he caught his own lob, slammed it down as he tried to kiss the rim but came a few inches short. However, Simons still got the vote. (The final dunk wasn’t scored).

“I didn’t feel like I got robbed at all,’’ Toppin said. “Anfernee is a great dunker and got all three of his dunks on the first try. The second and third, I had to do it a second time. If I got it on my first, it would’ve been a different result. I don’t think I got robbed at all. He deserved that trophy.’’

On his second dunk, Toppin, the former Dayton star, brought out teammate Randle and his father, known in his street-ball heyday as “Dunkers Delight.’’ They stood in a line as Toppin leapt over both of them but missed his first try. He converted his second try but didn’t get enough lift, scoring one 10 and four 9s.

Simons’ first dunk was the most creative as he rested a ball on a Nerf basket fastened to the rim 12 feet high. Simons rose, grabbed the ball and slammed it down.

The creativity of Simons’ three dunks may have been the deciding factor.