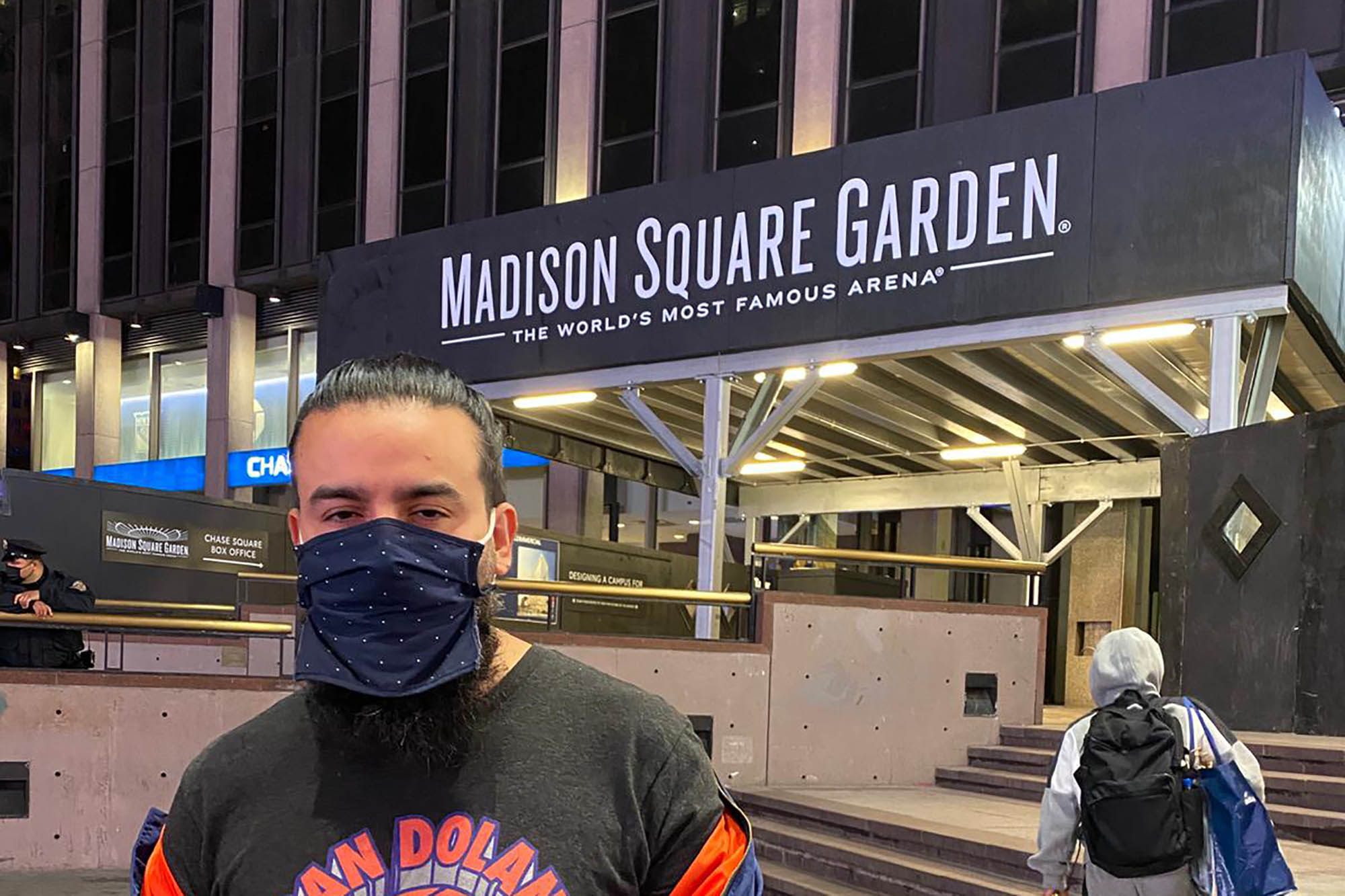 A Knicks fan published a video to social media that appears to show him being told by two respectful security guards that he needed to change his shirt to remain in the arena during Tuesday’s game. The shirt in question has an orange basketball under the words “Ban Dolan” – a reference to notoriously thin-skinned James Dolan, who owns the Knicks and The Garden.

Twitter user @djnessnyc must have refused because he wrote, “Just got kicked & escorted out of the Knights game @TheGarden for wearing a t-shirt by the homie @fwmj that apparently James Dolan didn’t like?! These tickets were too expensive fam to just get bounced five mins into the game with no refund?! How does this work @nba ?!”

It’s been a month since a limited number of fans were allowed back inside MSG and other New York arenas under the loosening of COVID-19 protocols. It is unclear if Dolan asked security to act, or if they took the steps on their own.

“In this arena,” a security guard whose face is not shown is heard saying on the video, “this would be offensive information. We’re asking you kindly if you would like to cover it up, and we’re offering you a free shirt to do so.”

After an attempt to reason that he shouldn’t be removed on his birthday, the fan tried to plead a case of free speech in America and his right to criticize management. Security responded by saying the private arena maintains the right to determine what is and is not allowed on its property. The fan was told he could keep his shirt, but not display it.

MSG security operates under intense scrutiny. Fans have been escorted under similar circumstances in the past, and security came under fire in recent years for their handling of incidents of with Knicks superfan Spike Lee and former Knicks greats Charles Oakley and Patrick Ewing.

Ewing, head coach at Georgetown, was heated two weeks ago when MSG hosted the Big East Tournament. Security “accosted” him and didn’t seem to recognize him despite his retired number hanging in the rafters.