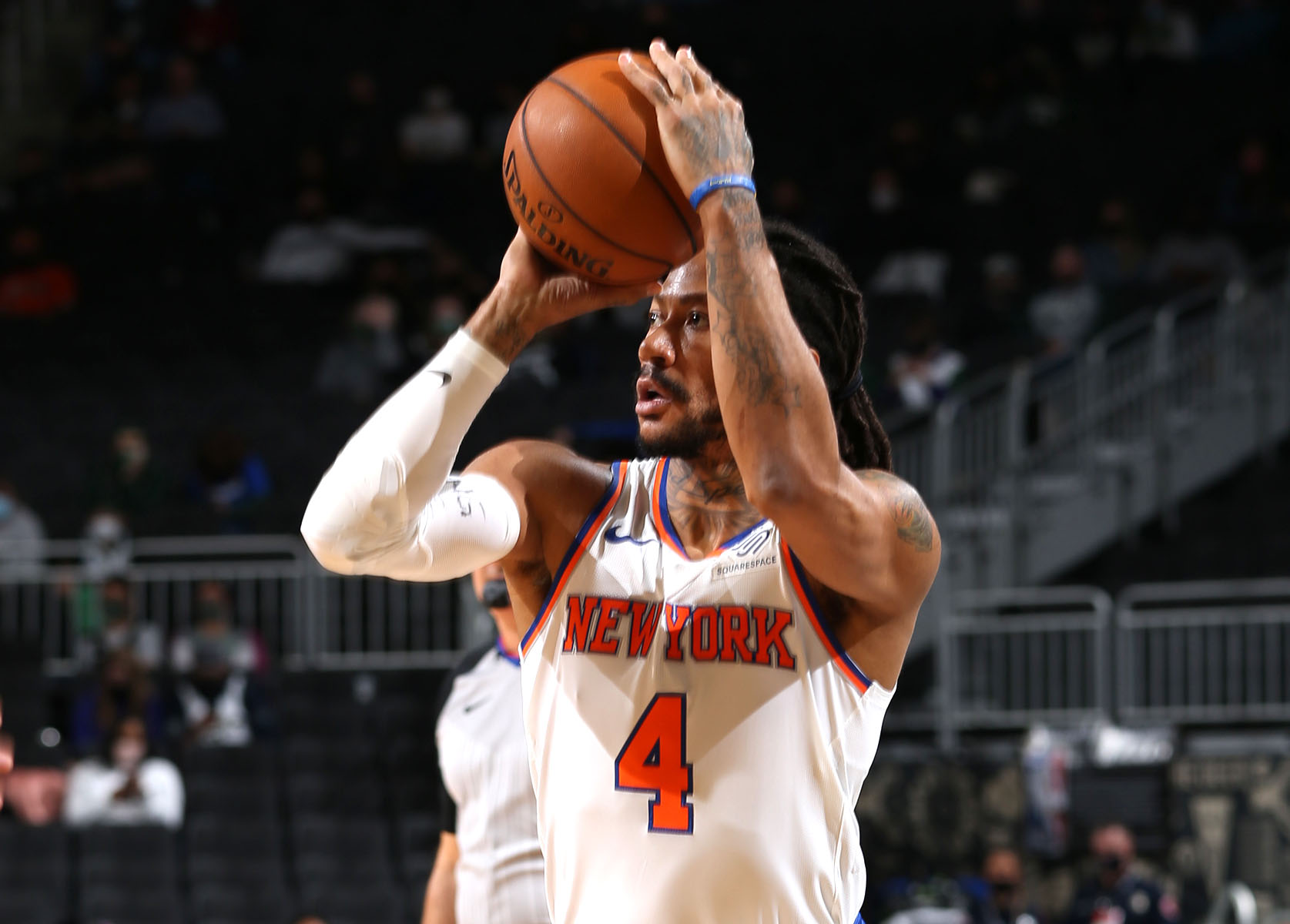 Derrick Rose didn’t know about Mitchell Robinson’s fractured foot until after the Knicks’ 102-96 win over the Bucks on Saturday night.

But the news appeared to hit Rose like a ton of bricks when he learned of the diagnosis on a postgame interview on MSG.

“Oh man. I’m lost for words right now,” Rose added as he got choked up. “Just stay with him, pray for him and … man.”

Robinson had left the game midway through the first quarter after landing awkwardly while defending a pass. The 22-year-old had just recently returned from missing 15 games with a broken hand and now will have to be sidelined again for the foreseeable future. He is set to be re-evaluated Sunday in New York.

“It sucks, man,” Rose said later in his postgame Zoom. “Especially the more I got to know him. But for someone like him, seeing how hard he worked to get back, for this to happen, it just sucks.”