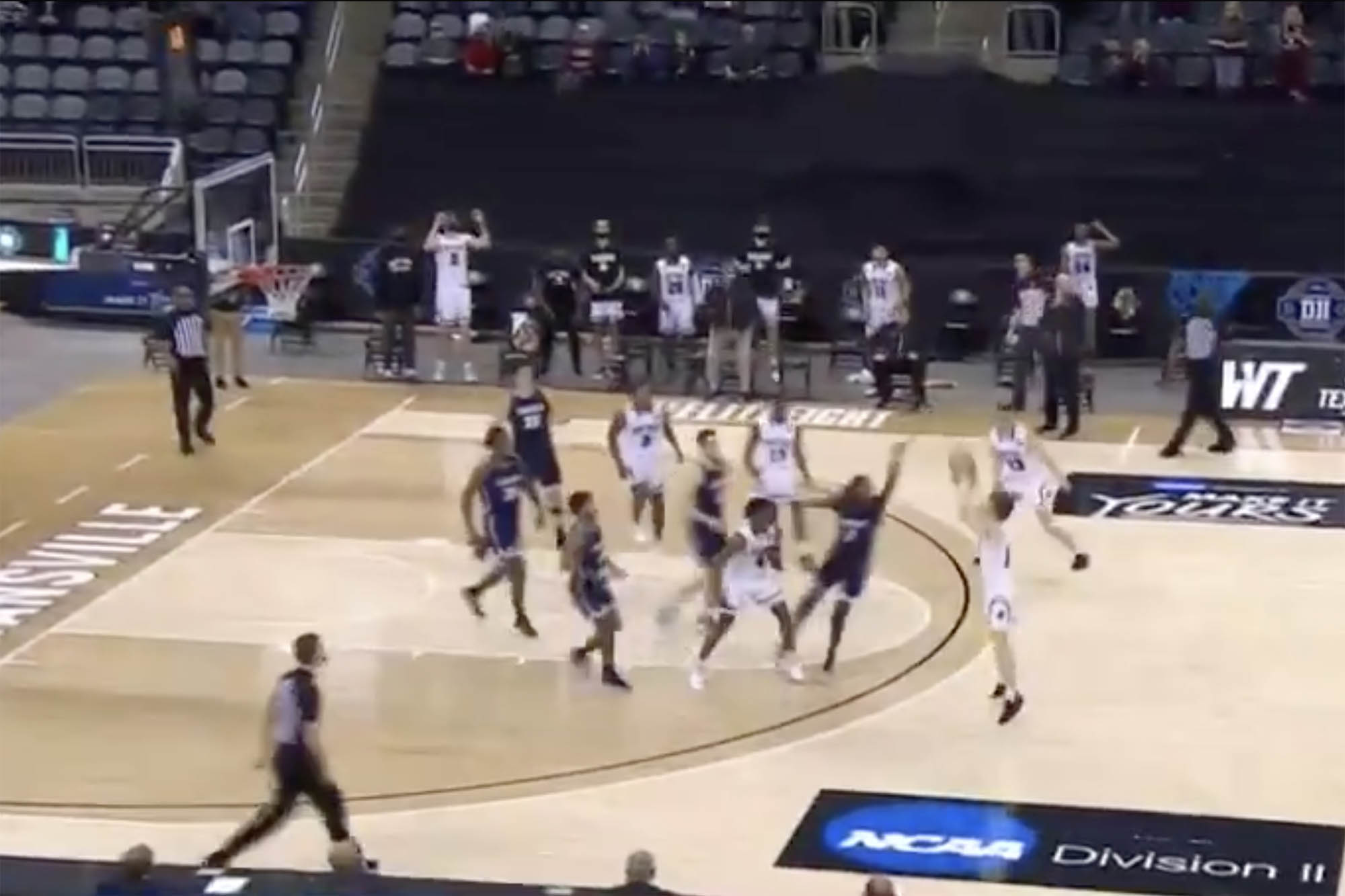 This year’s March Madness has been full of memorable moments and wild games, highlighted by Oral Roberts’ two upset wins and another Cinderella run bubbling from Loyola-Chicago. But the tournament has yet to have a true “buzzer-beater” moment.

Enter West Texas A&M. The No. 1 seed in the Division-II tournament was down by two points with seconds remaining against Lincoln Memorial, with a trip to the championship game on the line. Guard Qua Grant drove to the hoop and missed the shot, but the rebound bounced wildly to the perimeter, where his teammate Zach Touissant got a hold of it.

He launched a three, and it rattled home.

West Texas A&M earned a trip to the D-II national championship game with the thrilling victory, against two-time champion Northwest Missouri State. The game will air at noon Saturday on CBS.