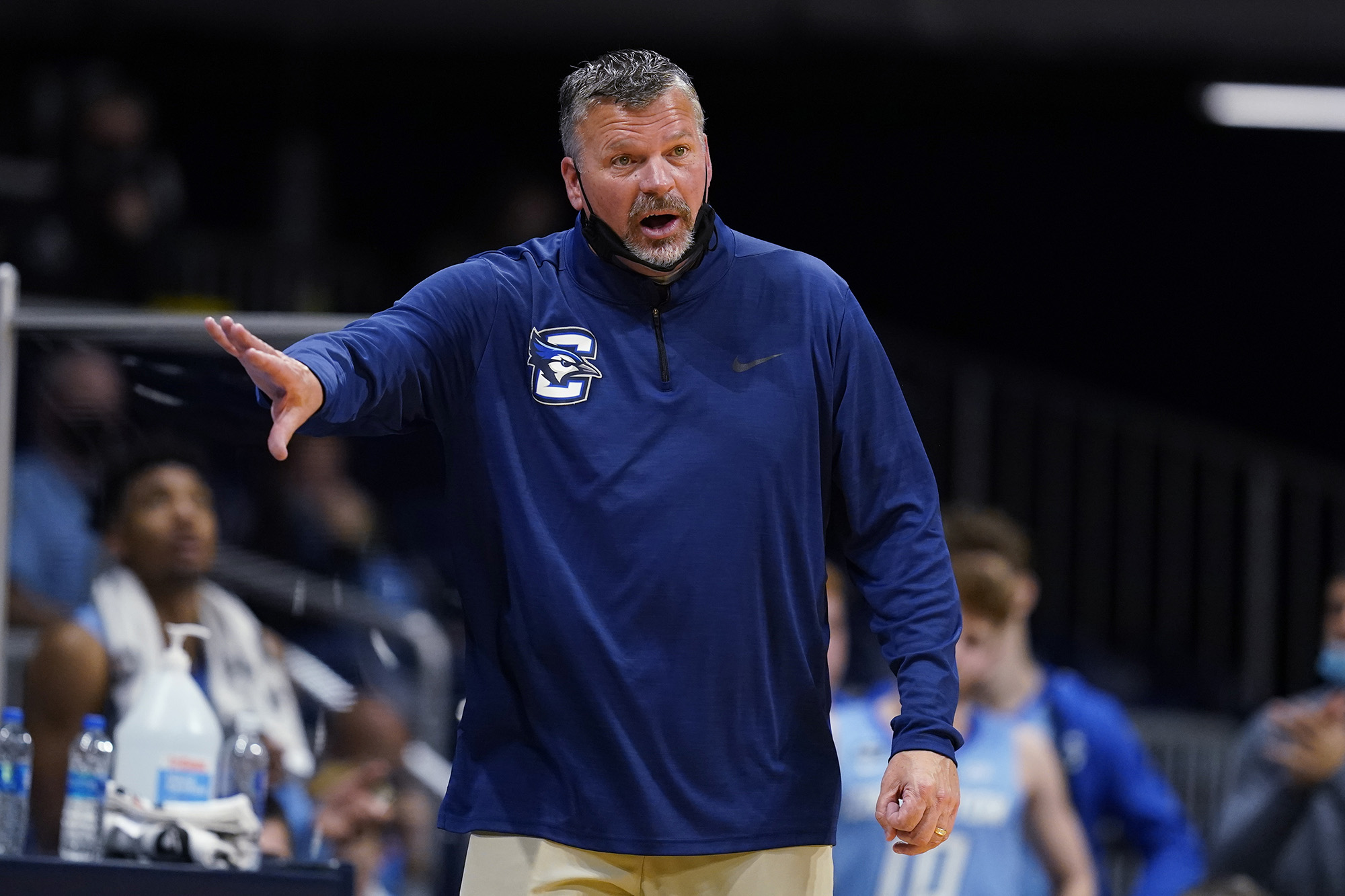 McDermott created a firestorm for twice using the term “plantation” as part of an analogy urging team unity. The university suspended McDermott indefinitely on Thursday after he had coached in a Wednesday loss at Villanova.

Assistant coach Alan Huss was in charge of the 17th-ranked Bluejays for their 93-73 home win over Butler on Saturday. McDermott will be with team for the Big East Tournament this week and the NCAA Tournament that begins next week.

Athletic director Bruce Rasmussen said he and university President the Rev. Daniel Hendrickson had discussions with players and their parents, former players and recruits as well as other stakeholders.

“I also witnessed the courage of our student-athletes when they used their voices to share their true feelings about last week’s remarks,” Rasmussen said, referring to a video shown at CHI Health Center before the Butler game. “Let me be clear: Coach McDermott’s use of the ‘plantation’ analogy was egregious and has absolutely no place in our society. His remarks have caused significant hurt to many on our campus and in our community.”

Noting McDermott’s public apologies and difficult discussions with his players and others, Rasmussen said the coach has shown a willingness to learn from the mistake.

“I believe his apology, his commitment to grow from this, to learn, and to regain the trust of his student-athletes and others impacted by his words,” Rasmussen said. “From our conversations, he understands that forgiveness must be earned, and he is willing to work for it. His actions during his career reveal an individual committed to his team and his community.”

McDermott will participate with other campus leaders beginning next month in the school’s Racial Equity Institute. The program is designed to develop the capacity of participants to better understand racism in its institutional and structural forms.

“We will use this as an opportunity to grow and invest in being better,” Rasmussen said. “We must.”

The 56-year-old McDermott was disciplined for his choice of words while talking to his team following a loss at Xavier on Feb. 27.

“I need everybody to stay on the plantation. I can’t have anybody leave the plantation,” McDermott told the players, using a term evocative of slavery and the antebellum South.

The remarks were revealed publicly last Tuesday when McDermott apologized in a Twitter post. He apologized again Wednesday after the loss at Villanova. Rasmussen announced McDermott had been indefinitely suspended the next night, with McDermott tweeting that he merited the suspension.

Five Black Creighton players explained in a short pregame video Saturday why they were hurt by McDermott’s words. Star guard Marcus Zegarowski, who didn’t speak in the video, said after the game that McDermott made a mistake but that he loves and supports all of his players.

The Bluejays have won at least 20 games nine times and played in the NCAA Tournament five times in McDermott’s 10 seasons at Creighton.