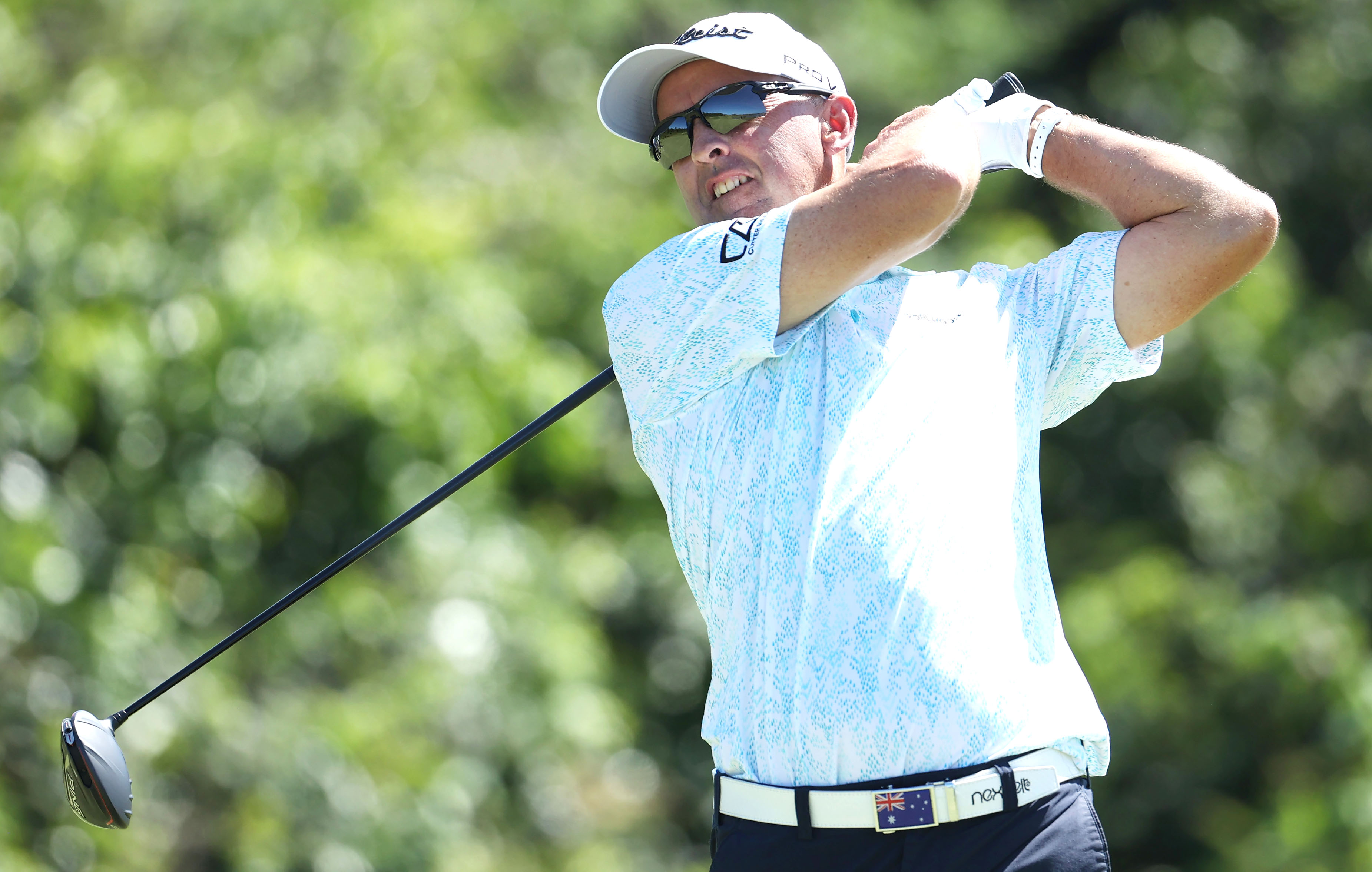 PONTE VEDRA BEACH, Fla. — Every year on the eve of the Players Championship, the PGA Tour parades out all of the first-time players to the event for a carwash of interviews.

This year, there are 17 players who have never played the event before at TPC Sawgrass and one of them is playing the part of Rodney Dangerfield in the movie “Back to School.’’

Australian Cameron Percy stands out among the 17 players, because he’s 46 years old while most of the rest are in their 20s. The other guys look like they’re straight out of college and Percy looks like a father of teenage children, which he is.

Percy was a late bloomer. He first made it to the PGA Tour in 2010 and thought he would be there for years after a promising start that included a runner-up finish in Las Vegas in his first year with the big boys.

Some 11 years later, 164 starts into his fledgling PGA Tour tenure, that runner-up finish is the best of Percy’s career. His only victory in the United States was a Korn Ferry Tour win in 2014.

“I got a little overwhelmed to start with,’’ Percy told The Post of his early PGA Tour experience. “I saw all these guys with short-game coaches, sports psychologists, gym guys. I saw how advanced it was and I’d never been exposed to that where I come from.’’

Percy sits at 281st in the world rankings and 95th in the FedEx Cup standings. He found out on Friday that he was in this week’s field, because the PGA Tour added 10 spots to the field this year, related to last year’s tournament being canceled by COVID-19.

The Tour allowed the 10 highest-ranked players in the FedEx Cup standings who hadn’t already qualified for the field. Percy was 89th at the cutoff and got in.

“When you write down your goals when you’re younger than this, you think, ‘Yeah, I’ll be there,’ but it took a long time,’’ Percy said of playing the Players Championship with 48 of the top 50 players in the world rankings in the field. “A regular Tour event is huge, but this is another level. I’ve seen the course on TV a lot. It looks way easier on TV.’’

Percy’s caddie for the past two years is Brandon Davis, a New Yorker who became friends with one of Percy’s closest friends at his local pub in the West Village, Bayard’s Ale House. That friend was the best man at both Percy’s and Davis’ weddings.

“Why are you writing a story about Cameron?’’ Davis asked politely, but with a curious look.

Because Percy’s journey is one worthy of a book. Growing up the son of two school teachers, he couldn’t afford clubs and didn’t start playing until he was 15, using a set of his grandmother’s old sticks to start.

That runner-up finish in Las Vegas? He was in a playoff with Jonathan Byrd, it was getting dark and he talked Byrd into carrying on into darkness instead of coming back the next day to finish. Byrd jarred a hole-in-one on the fourth playoff hole to beat him.

“It was my decision to keep going in the dark,’’ Percy recalled with a rueful smile. “I convinced [Byrd] to keep going, because I was leading the Tour in accuracy from 170 to 190 yards and [the deciding hole] was a perfect 7-iron for me. Then he holed out to win. If we come back in the morning, who knows?’’

Percy also played in the final pairing of the Australian Masters in November 2009 alongside Tiger Woods, who won that week and was still the most dominant player on the planet at the time.

Days later, Woods’ personal life imploded when news of his extramarital affairs was exposed after it came out that one of his mistresses, Rachel Uchitel, was in Australia with him. Woods’ life has never been the same since.

“It was unbelievable,’’ Percy recalled. “We were talking about how good Skype was and how I Skype my wife and kids all the time, because Skype was new back then. And he said, ‘Yeah, I’ve been doing that, too.’

“I thought later, he was Skyping his wife and kids and then saying to [Uchitel], ‘OK, you can come in now.’ It was bizarre.’’

Not as bizarre as it would be for a 46-year-old to win the Players Championship this week.

Asked if he would pull a microphone drop if he struck lightning this week and won the $2.7 million purse, Percy said, “I think I might tee it up at the Masters and then in Hawaii in January.’’

Here’s rooting for that.