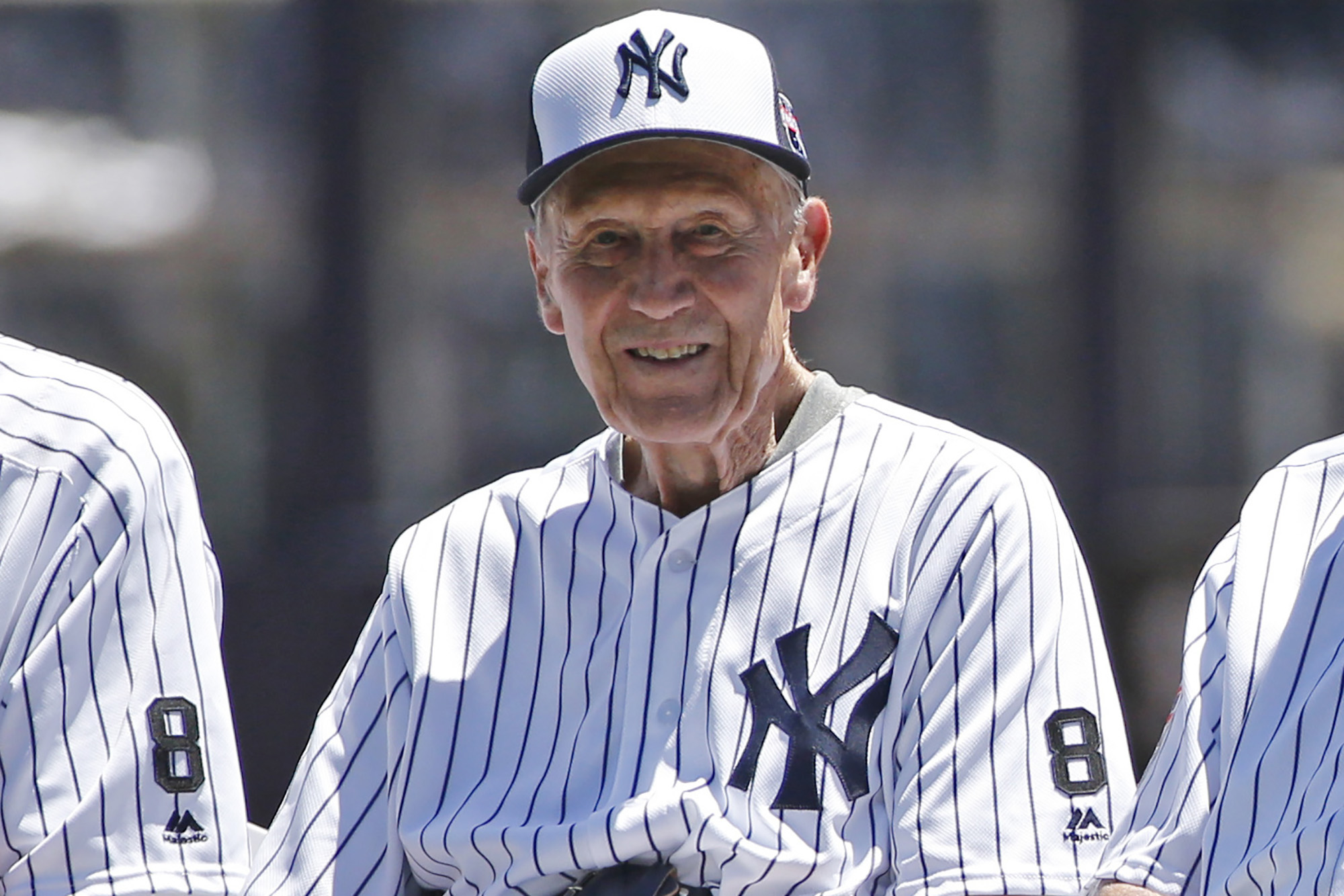 Bobby Brown, a member of five Yankees championship teams who went on to become a successful cardiologist as well as president of baseball’s American League, died Thursday morning in Fort Worth, Texas. He was 96.

A lefty-hitting third baseman who also saw time at shortstop, second base and all three outfield positions, Brown won rings with the Yankees in 1947 and from 1949-1952, a supporting player to titans such as Joe DiMaggio, Yogi Berra and Mickey Mantle. He posted a respectable .269/.367/.376 slash line across eight seasons (1946-1952, 1954) and went .439/.500/.707 in 17 World Series games. He became more popular among fans of later generations as he regularly attended the Yankees’ Old-Timers’ Day through the most recent one in 2019.

“Few people who have worn the pinstripes have lived such an accomplished, fulfilled, and wide-ranging life as Dr. Brown, who was beloved by our organization for his warmth, kindness and character,” Yankees managing general partner Hal Steinbrenner said in a statement. “He represented the pinstripes with elegance throughout his playing career and in subsequent decades as a frequent, welcome guest at Old Timers’ Day. We also hold the utmost respect for the myriad of other accomplishments in his life — from service to our country, his stewardship of the American League and his longtime career as a cardiologist. The Yankees extend their deepest condolences to his family, friends and loved ones as we reflect on his incredible life.”

A veteran of both World War II and the Korean War, Brown worked exclusively in cardiology from 1954 to 1974 before joining the Texas Rangers as their president in May 1974. That proved to be a temporary gig through the end of the season, yet he stayed on the Rangers’ Board of Directors until the team’s sale in 1980. He then served as the AL’s president from 1984 until 1994.

“Dr. Bobby Brown led an extraordinary life which included great accomplishments on the baseball field and as a leader and executive in our game,” Major League Baseball commissioner Rob Manfred said in a statement. “…While he always remained a proud Yankee who enjoyed returning to New York for Old Timers’ Days, Dr. Brown’s many friends and admirers will first remember him as a true gentleman and a caring family man.”

Yankees manager Aaron Boone said he spent time with Brown in the Steinbrenners’ suite during a recent Pinstripe Bowl at Yankee Stadium.

“Obviously a sad day,” Boone said. “Kind of a giant in our sport.”

Brown is survived by three children, 11 grandchildren and scores of great-grandchildren. With Brown’s passing, only one player from the Yankees’ record-setting run of five straight titles, from 1949 through 1953, remains alive: pitcher Art Schallock, a Yankee from 1951-1955.